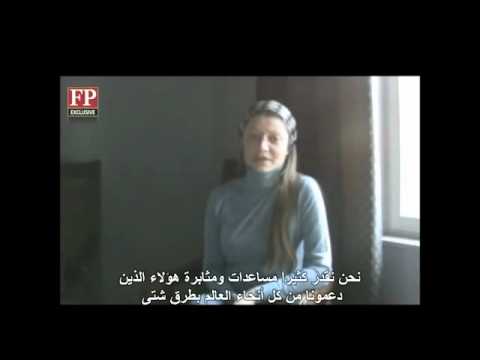 Four human rights activists, including Razan Zeitouneh, the co-founder of the Local Coordination Committees and the Violations Documentation Center, were kidnapped by gunmen on Monday night in a raid on the VDC.

Lawyer Razan Zeitouneh, who set up the LCC and VDC soon after the start of the mass protests in March 2011, Wael Hamadeh, Nazem al-Hammadi, and Samira al-Khalil were seized from the Damascus suburb of Douma.

No group has claimed responsibility. An LCC member said the abductors “seemed to be intimately familiar with the area”.

The LCC and VDC issued statements condemning the kidnapping, which came on the International Day of Human Rights, and called for the safe and unconditionally return of the activists.

The LCC is one of the leading sources inside Syria for news, while the VDC publishes the most reliable figures on the deaths of civilians and insurgents in the conflict.

Zaitouneh frequently wrote on the crimes of both the regime and groups within the insurgency. With others in the LCC and the VDC, she brought out the news of the August 21 chemical weapons attacks near Damascus. In an article published on December 1, she challenged the Islamic State of Iraq and as-Sham over its abduction of a young doctor.

A message from Zaitouneh in December 2011:

Zaitouneh speaking about the Assad regime’s chemical weapons attack on August 23 (from 11:55):