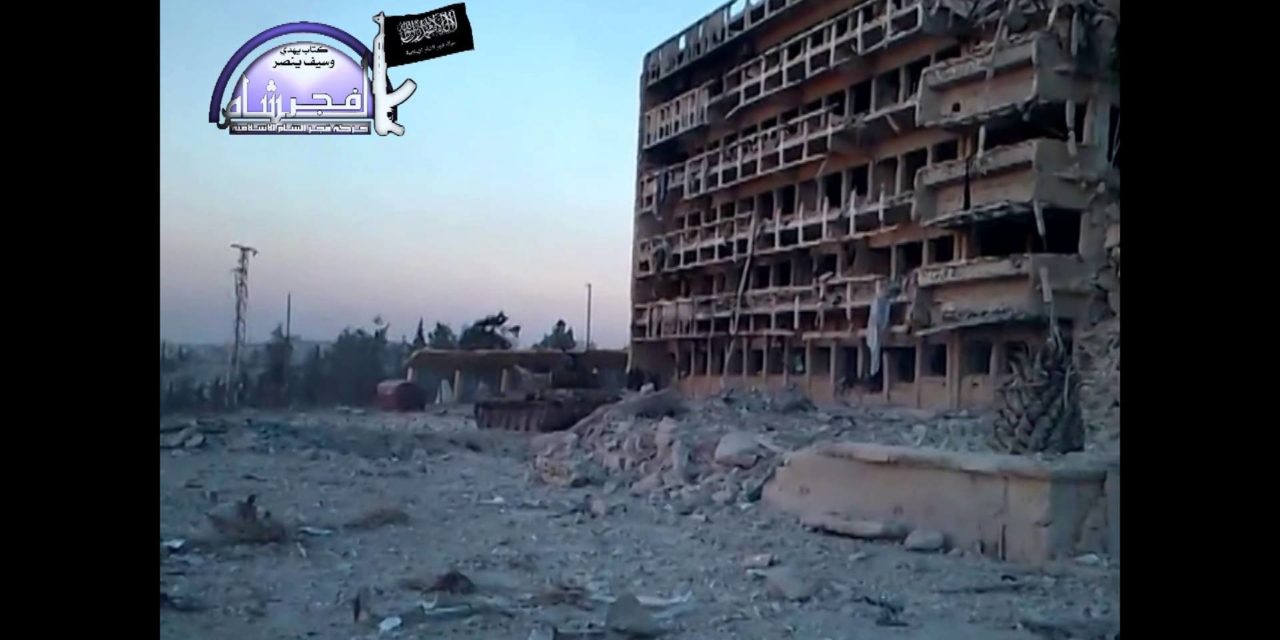 After a week of deadly regime airstrikes in and near Aleppo, the news in Syria’s largest city was taken over by the fall of the Kindi barracks to insurgents on Friday.

Opposition fighters had besieged the regime headquarters and barracks in the converted hospital for months. They stepped up pressure on the complex at the start of December, using a vehicle bomb and tightening the siege by seizing the relief packages from regime airdrops.

On Friday, the insurgents completed the takeover with two more vehicle bombs, shelling, and room-to-room fighting.

Claimed footage of the truck bomb hitting the barracks:

Insurgents claimed they killed dozens of Syrian troops, captured more than a dozen officers, and took equipment, weapons, and a tank. They said most opposition fighters had now re-deployed to other front-lines in Aleppo, locked in a military stalemate since July 2012.

The last stages of the operation were notable for the co-operation between the units of the Islamic Front, formed last month, and the Islamist faction Jabhat al-Nusra.

The effect of the Kindi victory is still to be seen, but it has been accompanied by an insurgent fight-back to the south and east of Aleppo. If the opposition can re-take the “gateway” city of as-Safira, cutting off a key location for supply of Aleppo and for launch of artillery attacks, then the pressure on President Assad’s forces will increase.

Reports are circulating of a large fire and power outage in Damascus on Saturday night:

Insurgents are claiming they blew up a gas pipeline near a power plant.

Molhem Barakat, a Syrian freelance photographer who worked for Reuters, was killed on Friday while covering the battle for Kindi barracks in Aleppo.

Barakat had sent Reuters dozens of pictures since May this year, many of them appearing in publications around the world.

Human Rights Watch has criticized as “unlawful” this week’s regime airstrikes on and near Aleppo which have killed hundreds of people: “The attacks have hit residential and shopping areas, often killing dozens of civilians, either missing possible military targets or with little indication of any intended military objective in the vicinity.”

HRW based the report on interviews with victims, witnesses, local activists, and medical personnel by phone, corroborating their statements with analysis of video and photographs. A Human Rights Watch consultant visited three attack sites and interviewed eight victims and witnesses.

HRW cites the count of the London-based Syrian Network for Human Rights (SNHR) that 232 civilians died in and near Aleppo between Sunday and Wednesday. The Violations Documentation Center has confirmed the names of 206 killed in aerial attacks between December 15 and 18, including two fighters, and of 433 people — with only eight non-civilians — between November 22 and December 18.