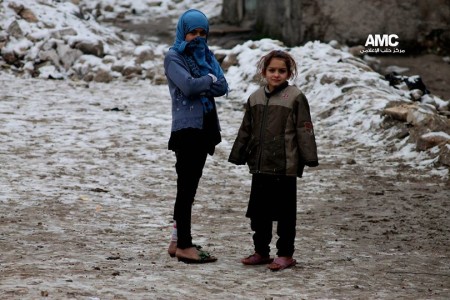 Syria’s State media continues to trumpet the success of the regime’s Qalamoun offensive — seeking to control territory between Damascus and the Lebanese border — with declarations such as “Army General Command: Army Units Launch Crushing Operation Against Terrorists Towards Adra City”.

But that headline also contains an admission of difficulties for the Syrian military.

As soon as regime forces took the key town of Nabk this week, the insurgents hit back by seizing Adra — to the south of Nabk and 12 miles northeast of Damascus.

Almost a month into the Qalamoun offensive, President Assad’s military has taken two towns — Qara and Nabk — and is hoping to capture the major prize of Yabroud near the Lebanese border.

However, the Damascus-to-Homs highway is still closed, supply lines to the insurgents are still open, and opposition fighters are positioned in mountains around the towns.

So the Syrian military has to cope with the possibility that — far from bisecting the insurgents in the north and south by taking all of the Qalamoun area — it faces attacks both from the direction of Lebanon and from the Damascus suburbs, where insurgents have blocked regime attempts to eject them.

Meanwhile, winter has arrived with heavy snowfall this week.