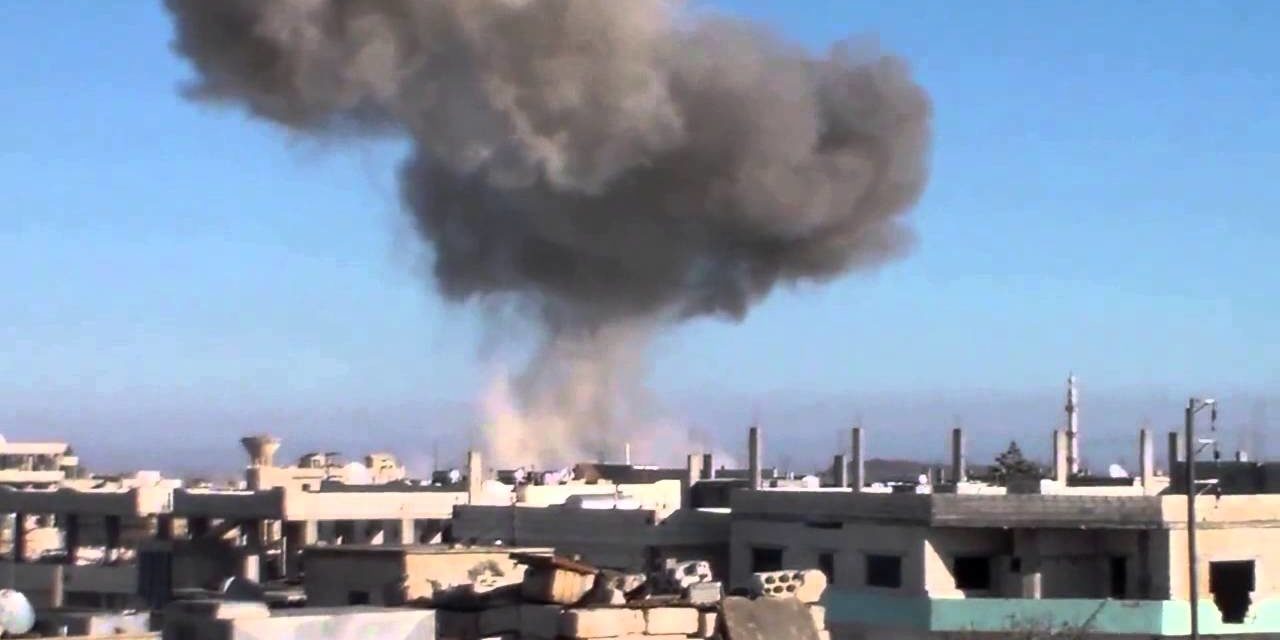 Tuesday’s death toll across Syria was lower — but only relative to recent casualties — on the 11th straight day of the regime’s bombardment of Aleppo Province and the south of the country.

The Local Coordination Committees reported 99 people killed, including 19 children and 13 women. Of the deaths, 50 were in Aleppo Province and 27 in Damascus and its suburbs.

More than 400 people, almost all civilians, have been slain in airstrikes since the regime’s escalation on December 14.

Most of the attacks have been in and near Aleppo, but barrel bombs were also reportedly used on Tuesday on Jasim in Daraa Province in southern Syria.

Claimed footage that the people of the besieged Damascus of Moadamiyyat Ash Sham have given way to the Syrian military’s demands and raised the regime flag so food will be allowed into the town:

The military had said weeks ago that it would ease the months-long siege if the Assad flag was flown.