Syria Analysis: Why “Islamic Front” is Bad For ISIS & Good For Smaller Brigades 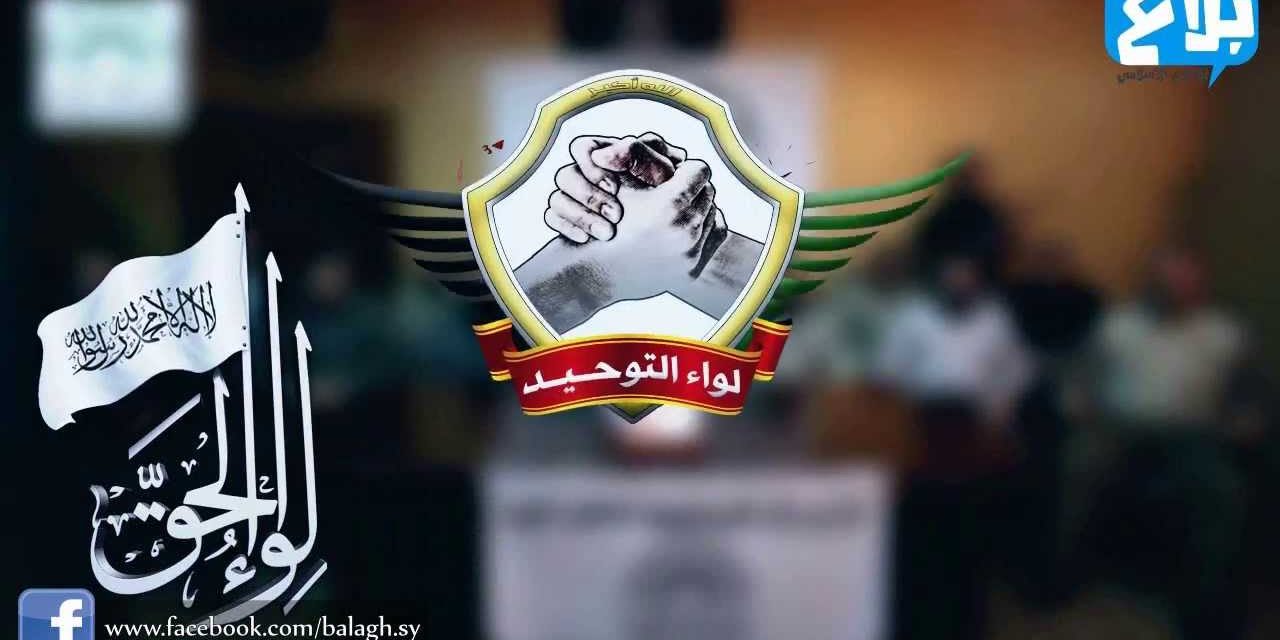 Hours after seven leading factions in Syria’s insurgency created the “Islamic Front” on November 23, an EA analyst concluded: “This is pretty good news for the Syrian insurgency, and very bad news for those who do not care about Syria, as well as for its enemies.”

Writing in The National on Tuesday, Hassan Hassan offers a similar reading of the Front’s significance.

Hassan starts from the premise the nexus of the new Front is Jaish al-Islam, launched this autumn after the merger of 51 groups in Damascus Province. One of its leading figures is Zahran Alloush, now the head of military of operations for the Islamic Front.

Alloush’s alliance was seen by extremists as a Saudi scheme in lieu of the US-backed Military Councils. When Jaish Al Islam was formed in September, it started to face hostile criticism by supporters of radical groups, especially as the group lost ground in several areas around Damascus to the regime’s Iranian-backed militias. Alloush, according to sources, met senior members of Jabhat Al Nusra to contain the situation. He also recorded a video in which he praised Jabhat Al Nusra and its ideological proximity to Jaish Al Islam.

Maintaining ties with Jabhat Al Nusra has been practically unavoidable for rebel groups. Jabhat Al Nusra has successfully won hearts and minds of local communities through its efficiency not only on the battlefield but also in the delivery of aid to people. Fighters from other groups recognise its popularity and avoid confrontation with it.

And thus Hassan gets to a vital point: the Islamic Front is not just the union of seven leading factions, including Liwa al-Tawhid and Ahrar al-Sham.

The Front is also working with other key groups in the insurgency — and it is opposed not only to the regime but to the Islamic State of Iraq and as-Sham:

The Islamic Front succeeded where Zahran Alloush failed: it convinced Jabhat Al Nusra that the alliance would work closely with it, but only quietly. The attacks against Salafi groups died down noticeably after the formation of the Front.

The closer relationship between the Islamic Front and Jabhat Al Nusra is a marriage of convenience, as the two groups increasingly view the Al Qaeda-affiliated Islamic State of Iraq and Syria as a menace.

For Hassan, the Front’s creation is a marker that insurgents, after months of in-fighting, have embraced the pragmatism of the battle against their shared enemy of the Assad regime. They have done so in the name of the Syrian people:

The formation of this alliance has significantly halted the drifting of Syrian fighters by virtue of its Islamic rhetoric and pragmatism. These groups have already drawn Ahrar Ash-Sham, a long-time ally of Jabhat Al Nusra, towards them while avoiding a confrontation with the latter.

In conclusion, the Islamic Front and like-minded Salafi groups should be seen as an opportunity to counter Al Qaeda rather than a threat to Syria’s future. Additionally, it is worth mentioning that rank-and-file fighters are not completely in sync with their leaders in terms of ideology, including members of Jabhat Al Nusra.

While curbing the political and military advance of ISIS, the formation of the Islamic Front is also likely to be a positive development for those fighters in smaller brigades, who have found themselves swallowed up by ISIS or other jihadist groups. As EA wrote on November 23:

The unification will have another effect. Now small brigades can and must chose between the Free Syrian Army and the Islamic Front, or get eaten one by one by the greedy ISIS Pac-Men. I guess most small/local brigades will join one of the bigger forces/alliances soon, leaving lots of plain criminal gangs as ISIS prey.

When you look closely at ISIS participation in battles with the regime, you will notice that they usually operate outside the command structure. Too often they have joined battles with rather small units, just to claim victory afterwards. Now they mourn their casualties and blame the major brigades for not telling them of tactical movements. With their escapades they have managed to move themselves into the role of cannon fodder. Sadly, that will lead to them having more time and resources to oppress the liberated hinterlands, and it will be a major effort to remove them if Assad is overthrown. But one problem at a time, say the pragmatic leaders of the major Islamic forces.

Promotional Video for the Islamic Front