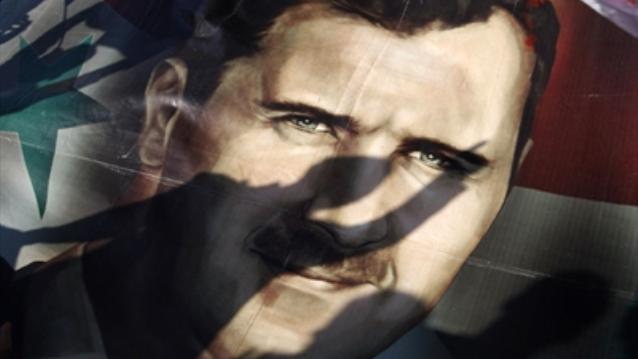 In early December, Ryan Crocker — former US Ambassador to Syria, Iraq, and Afghanistan — provided a dramatic sound-bite for a New York Times article pointing to a possible re-think in Washington about the Syrian conflict:

We need to start talking to the Assad regime again….It will have to be done very, very quietly. But bad as Assad is, he is not as bad as the jihadis who would take over in his absence.

Crocker did not stop there. Last weekend, he wrote in the Times, “We need to come to terms with a future that includes Assad — and consider that as bad as he is, there is something worse.”

And on Tuesday, his interview with Robert Siegel of US National Public Radio drove home the point, “The simple fact is Assad is not going….We need to come to terms with it.”

Never mind that Crocker’s basic facts are wrong: “Al Qa’eda” did not carry out a raid on Free Syrian Army warehouses earlier this month. It is his dramatic call to accept Assad rather than the insurgents that will resonate.

So is Crocker merely expressing his personal opinion or is he acting as a public spokesman for some officials inside the Obama Administration?

ROBERT SIEGEL: And what is worse than the Assad regime?

SIEGEL: Al-Qaida capable of actually taking over Syria or operating there freely?

CROCKER: As I tried to point out in my op-ed, I don’t think so. I certainly hope not. Bashar Al-Assad is ready for this fight. He and his father have been ready for it for 30 years. I think they will prevail. But what we got wrong, right from the beginning, is that the opposition in Syria wasn’t going to be warm, fuzzy, cuddly friends of America. It was going to be what we’re seeing right now, real time, hard line, Al-Qaida.

SIEGEL: By the way, you’re saying that as if that was always going to be the case. Some people will argue that if the U.S. had acted differently, it could’ve encouraged a very different kind of opposition to Assad. Do you agree with that?

CROCKER: That would be an argument from people who simply don’t understand Syria’s history. As I pointed out before, Hama 1982 when Hafez Al-Assad’s forces annihilated the Syrian Muslim Brothers in Syria’s fourth largest city and in the process, they killed somewhere north of 15,000 innocent Sunni civilians. Look, I make no apologies for this regime.

It is brutal beyond belief. But what happened in 1982 were two things. First, the regime was not stupid. They realized that there might be a day of reckoning and they spend three decades being ready to prevail against it. This is not Egypt. It’s not Libya. It’s not Tunisia. These guys are ready for the fight. The second thing that happened, of course, is that it radicalized the Sunni population.

They had to keep it quiet, but those currents were always there. So I don’t buy the argument that gee, if we had just come in earlier with more support that moderates would have prevailed. If we’d come in earlier with more support, the extremists, Al-Qaida, would have more arms because they would’ve taken them away from that of those we were trying to support just as we saw up north with the raid on Free Syrian Army warehouses.

SIEGEL: Well, let’s assume that you’re right and that Assad is likely to survive in power. What does it mean to come to grips with that? What would U.S. policy be in relation to a government that President Obama has said should be done with already and that we weren’t very close with before all this fighting began?

CROCKER: You know, if you’re going to set out a policy, you better have the means to make it work. We didn’t understand the realities and our policy isn’t working. We have the Geneva conference coming up. We will be there. Syrian officials will be there. It is an opportunity for us to begin a quiet dialogue.

SIEGEL: You mean a dialogue with the Assad regime, with its representative in Geneva.

CROCKER: I do, yeah.

SIEGEL: Can’t you imagine the repatriation of millions of Syrians who fled the war to Syrian state that might reasonably be very suspicious of those people who left?

CROCKER: That would be part of a negotiation. Clearly, if we’re going to reengage with this regime and, you know, look for a negotiated settlement, it’s going to have to involve certain guarantees and certain protections. These people fled because of the violence. Not just violence from the regime but violence on all sides. They weren’t part of the fight so they need assured that they will have reasonable protections when they return. And it is in the interest of the regime that they do return. You can’t rebuild the state with millions of its population displaced internally or in exile.

SIEGEL: You’ve said that what’s worse than the Assad regime would be al-Qaida in Syria. But wouldn’t accepting the Assad regime’s continuance mean accepting an alliance stretching from Iran through Iraq, Syria and Southern Lebanon, of Shia or Shia-backed forces that are extremely hostile to U.S. interests?

CROCKER: You know, Robert, let me make a basic point: The world is as it is. The world is not made to our order. The simple fact is Assad is not going. I mean that in my view is the fact. We need to come to terms with it. You know, we cannot wish it away. We have to deal with it.