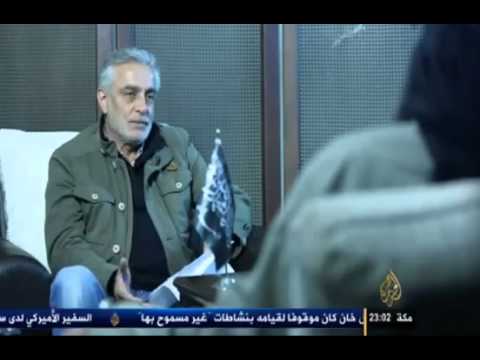 So are the opening paragraphs:

The shadowy leader of a powerful al-Qaida group fighting in Syria sought to kidnap United Nations workers and scrawled out plans for his aides to take over in the event of his death, according to excerpts of letters obtained Wednesday by The Associated Press.

Iraqi intelligence officials offered the AP the letters, as well as the first known photograph of the Nusra Front leader, Abu Mohammed al-Joulani, the head of one of the most powerful and feared bands of radicals fighting the Syrian government in the country’s civil war. The photograph showed a man with light olive skin and large brown eyes who had a scruffy, unshaven face.

It’s when you step back from the claims and the language — “a powerful al-Qaida group”, “kidnap United Nations workers”, “feared band of radicals”, “scruffy, unshaven” — that the questions arise.

How exactly did “Iraqi intelligence officials” get these smoking-gun letters, which also supposedly have al-Joulani planning “the kidnapping and killing of other foreigners, and Syrian and Iraqi civilians”?

AP is surprisingly coy, saying that the documents came from “captured members of another al-Qaida group”. It is only in the last line of the article that it goes farther:

Iraqi intelligence officials said it was members of ISIS [Islamic State of Iraq and as-Sham] who gave them the information about al-Golani.

ISIS is a prominent faction in the Syrian conflict. It is also a rival of Jabhat al-Nusra: in April, al-Joulani refused to merge his group with ISIS, prompting a fierce dispute for fighters and resources.

So why would ISIS have documents revealing al-Joulani’s detailed plans for mayhem? And how, given that al-Joulani is based in Syria, did they make their way to Iraq?

As for the letters, it turns out that the free-lance reporter working for AP, Qassim Abdul-Zahra, did not read the full set of captured material. Indeed, it appears he was only allowed to read two excerpts from the trove: one refers to the supposed plan to kidnap UN workers, and the other for “rough plans for succession should al-Golani be killed”.

Abdul-Zahra says, “The intelligence officials did not provide more excerpts.” He does not ask — if the documents are so damning — why.

However, deep into the article, he does have a moment of doubt — one which might have led to an alternative headline including the word “forgery”:

Iraqi officials could not explain why the letter excerpts were in a sloppily written, grammatically incorrect version of an Arabic dialect used across the Levant. It is believed that al-Joulani was an Arabic teacher before he rose through al-Qaida ranks, and typically, hard-line Muslims try to write in classical Arabic.

Abdul-Zahra immediately attempts the explanation, “It may have been that an aide was writing down al-Golani’s speech: Arabs typically speak in dialects that are often quite different from the classical Arabic.”

So, in the end, AP’s “exclusive” is supported only by limited excerpts from two letters, written in a style which do not fit al-Joulani’s background, and a purported photograph of the Jabhat al-Nusra. There is no context for the excerpts, no dates for them, and no explanation why the Iraqi intelligence service might be releasing the material now.

Given this, given that the US Government has declared Jabhat al-Nusra a “terrorist” organization and proclaimed that it is “Al Qa’eda-linked”, and given that some American officials may be putting out the message that President Assad is preferable to “extremists”….

Given that al-Joulani is in the midst of his own PR campaign, given his first-ever TV interview last week….

Could it be that it is not only Iraqi intelligence officials but their US counterparts who had the idea of putting out a dramatic story through AP?