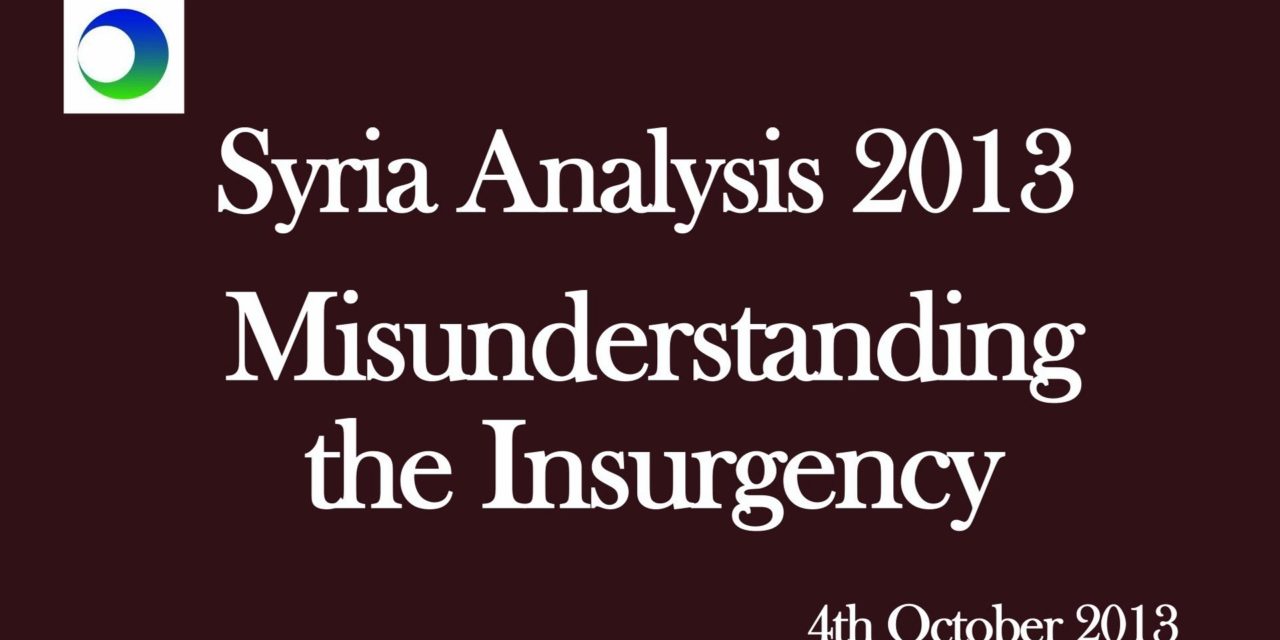 Six minutes reviewing the latest developments within the insurgency — including the formation of new blocs in the north and in the Damascus suburbs — and explaining how many in the media mis-understand this as “Islamist extremists” taking over the opposition:

1. The re-alignment of factions in the north is largely motivated by 1) disillusionment with the opposition political and military leadership outside Syria, amid the failure of the US to give significant assistance to the insurgency, and 2) the need to confront the influence of the Islamic State of Iraq and as-Sham.

2. The development in the Damascus suburbs is “simply because insurgent factions are fighting a battle to the death against the forces of the Assad regime”.

3. “It’s simple to declare that the insurgency has been taken over by radical groups. It’s simple, but it’s wrong. These groups fight together not because they want to establish a caliphate, but because they see an increasingly desperate battle against Assad’s forces — and, indeed, the foreign fighters of the Islamic State of Iraq.”