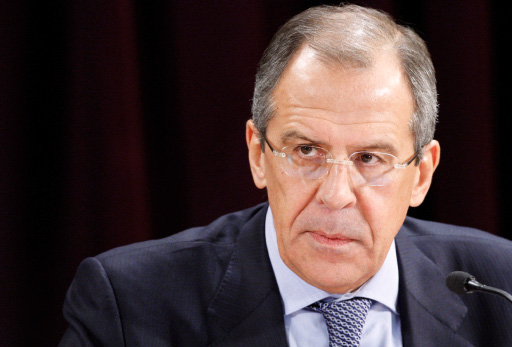 As the world’s media focuses on inspectors from the Organization for the Prohibition of Chemical Weapons dismantling some chemical weapons facilities in Syria, Russia has maintained its political lead with an announcement on Monday that the long-awaited, much-discussed Geneva II “peace” conference could take place as soon as November.

Speaking after talks in Indonesia with his US counterpart, John Kerry, Russian Foreign Minister Sergei Lavrov told reporters that Moscow and Washington both expect that the conference will go ahead next month. He noted that the final date of the conference will be determined by the United Nations, in consultation with the Arab League.

Making this ostensibly positive announcement, Lavrov was careful to bolster Russia’s line that it — and not the US — is initiating the moves developments to solve the Syria crisis, albeit working in partnership with Washington.

“We have a clear understanding that convening of the talks will be done in parallel, synchronously, of the conference,” Lavrov said.

The Foreign Minister also maintained the impression that it is Russia who can set conditions for the Syrian opposition to attend the peace talks, while taking for granted that President Assad will not be asked to step aside as a precondition for negotiations.

According to Lavrov, Moscow and Washington have agreed on specific steps to prepare for Geneva II, so both representatives of the Syrian Government and the opposition will attend.

He stressed that, while all parties were welcome to attend the conference, it was important that the opposition “spoke with one voice” during the negotiations.

Lavrov was also careful to point out that the Assad regime is cooperating with international inspectors, maintaining the line that the destruction of Syria’s chemical stocks is an important development in resolving the conflict.

Doing so, Moscow can ignore the Assad regime’s continued use of conventional weapons — including against densely-populated civilian areas — and of siege warfare to bombard and isolate opposition-controlled territory.

“Damascus perfectly cooperates with international experts, and we hope that this will continue,” Lavrov said.