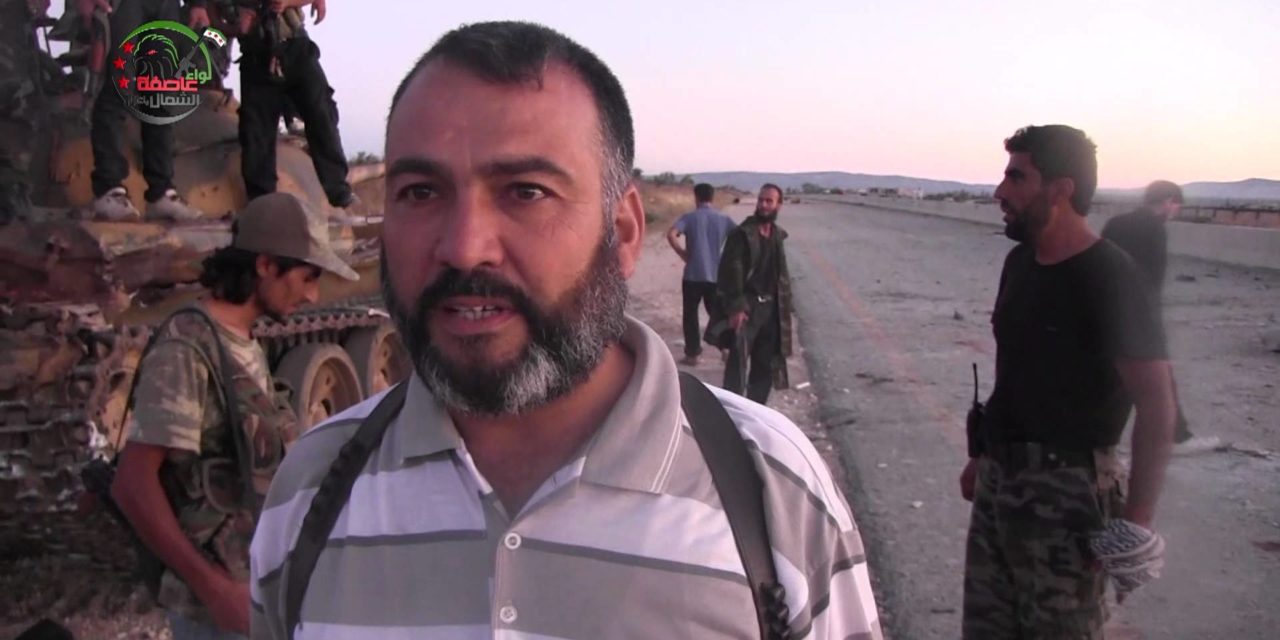 On Thursday, we analyzed how the significant event of the fall of the regime’s Menagh Airbase had been turned into a scary narrative by some media of “Foreign Jihadists Behind the Capture”, missing the important story:

The lesson is how several factions — including Free Syrian Army brigades as well as other Islamist forces like the Islamic State of Iraq and As-Sham — co-ordinated to carry out the offensive.

Fighters of the Free Syrian Army’s Northern Storm Brigade after the capture of Menagh:

Yet, despite the factual errors and superficial analysis in the “Foreign Jihadist” meme — notably in Britain’s Daily Telegraph — The New York Times walks the same path this morning, “As Foreign Fighters Flood Syria, Fears of a New Extremist Haven“.

As foreign fighters pour into Syria at an increasing clip, extremist groups are carving out pockets of territory that are becoming havens for Islamist militants, posing what United States and Western intelligence officials say may be developing into one of the biggest terrorist threats in the world today.

The first half of the piece does not give figures for the “flooding” or details of the “havens”. Instead, it speaks generally of “extremist” factions like Jabhat al-Nusra and the Islamic State of Iraq and as-Sham, fear of those groups “caus[ing] the United States and its Western allies to hold off providing lethal aid” to insurgents, and the menace of Al Qa’eda.

The substance is in the latter paragraphs, with an interview with an Islamic State of Iraq commander in Raqqa — valuable for his perspective of Iran as “the one enemy” and his threat “that Russia will pay a big price” for “killing Muslims” in its support of the Assad regime — and the possibility of insight from this week’s capture of the Menagh Airbase:

The lines dividing the Free Syrian Army from jihadist groups are fluid, and…conflicts have not stopped F.S.A. leaders from working with their fighters, whose fierceness on the battlefield is undisputed.

The possibility is lost. The Times does not go as far as the Daily Telegraph’s declaration of “leadership” by a smaller if notable faction, Jaish al-Muhajireen wal Ansar (the Army of Emigrants and Supporters), headed by the Chechen-born Abu Omar al-Shesheni — it says, correctly, that it “worked with Free Syrian Army battalions” in the offensive.

However, the article then makes its leap: “What appeared to turn the battle around…were the relentless suicide vehicle bombings on the walls of the base — — five or six times in the past two weeks.”

Video and testimony from Menagh testified to at least two suicide bombings, one with a BMP armored vehicle, just before the fall of Menagh. They did not establish, however, that this “turn[ed] the battle around.”

Instead, after the presence of “secular” and Islamist factions around the base for months, the groups finally co-ordinated on an offensive with a range of weapons, operations, and tactics — as videos and testimonies have established in the days after the success. That co-ordination appears to have escalated since July 26, after the resolution of a dispute between units of the Free Syrian Army and the Islamic State of Iraq and as-Sham.

The Times does note the important video, after the battle, which points to the co-ordination: the victory speech of Colonel Abdul Jabbar al-Oqaidi, the Free Syrian Army commander who heads the Aleppo Military Council. It continues: “He then ceded the floor to [Islamic State of Iraq and as-Sham Emir] Abu Jandal and a mix of jihadist and Free Syrian Army leaders.”

On its own, the statement can be read as co-operation. In the context of the headline emphasis on “foreign fighters” and “extremist groups”, however, “ceded” can also be read as subservience or, at the least, failure in “efforts to isolate the jihadists within the insurgency”.

On Tuesday, the Times was much more measured in its assessment, “Rebels Gain Control of Government Air Base in Syria“:

While it is too early to say who played the decisive role at Minakh, Islamist battalions and Free Syrian Army fighters seem to have worked together there.

The base was first besieged by a Free Syrian Army brigade called North Storm, and joined by fighters from the Islamic State of Iraq and al-Sham and a group calling itself Jaish al-Muhajireen wal Ansar.

Why did the Times step away from the key story to push a simpler but perhaps mis-leading narrative?

The final paragraphs tip off the possible reason: the reliance on an analyst from IHS Jane’s Terrorism and Insurgency Center.

That analyst was the sole source for the Daily Telegraph’s sensational article. Here he, or at least his quotes, are a bit more careful: ““There’s an awful lot of pragmatism on the ground.”

That is a marked shift from an initial assessment of Menagh for a Jane’s press release, which was exclusively about the “Islamist militants” and said nothing about the Free Syrian Army. And it is a small step from an interview with Syria Deeply on Thursday, which acknowledged the presence of the Northern Storm Brigade (although not mentioning that it is part of the FSA).

But will that finally lead to an accurate story of what happened at Menagh — and what may now happen with both Syrian factions and “foreign jihadists”?

This morning on Twitter, the narrative once more is of the supremacy of groups like the Islamic State of Iraq as-Sham, dismissing the Free Syrian Army and Supreme Military Council:

It's concerning & frustrating that some #Syria commentators remain fixated on "FSA" as an organisation & repeatedly fall for misinformation.

W/o fail, the SMC and "FSA" will always lay claim to big opposition victories in #Syria, but take note this doesn't always = responsibility.