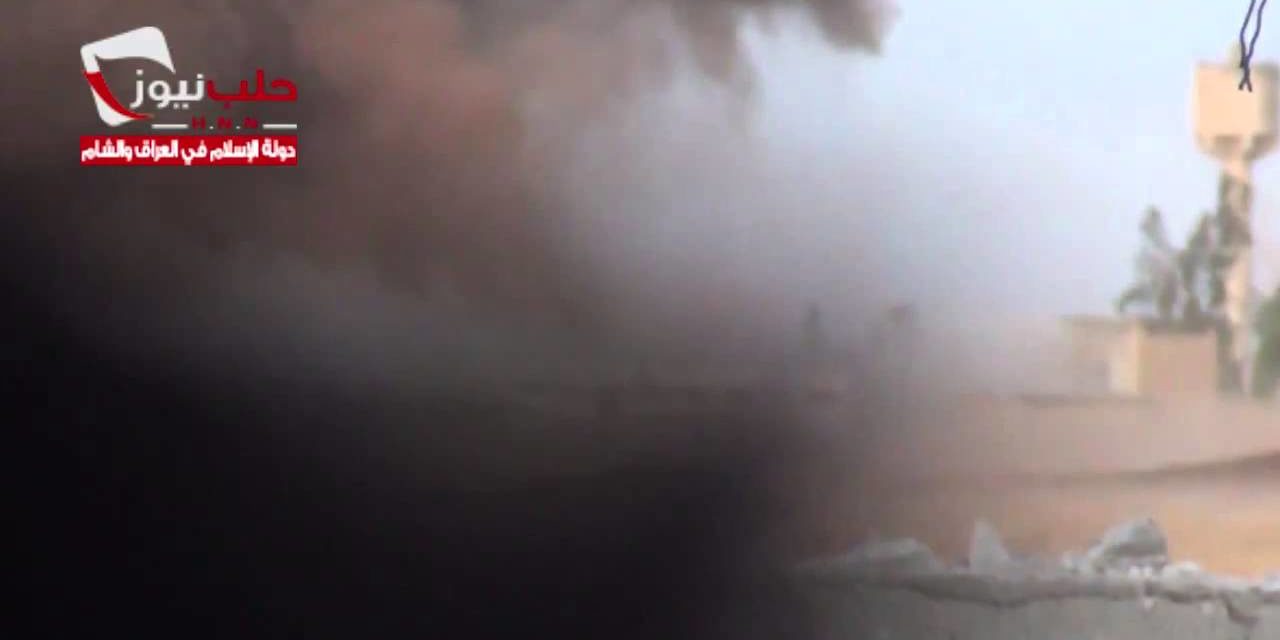 Footage from Monday’s insurgent offensive in the regime-held Menagh Airbase near Aleppo. (We are updating the post as we find new footage.)

See also our analysis, “Assessing the Fall of Menagh Airbase“, which notes the importance of the capture, if confirmed.


Insurgents from the Northern Storm Brigade with captured tank in the Airbase:

Northern Storm Brigade insurgents in the base after its capture:

Northern Storm Brigade message after the Airbase capture — in the video, the brigade agree to rename the Airbase to Martyr Ammar Dadykhi Airbase in honor of a fallen FSA fighter:

Northern Storm Brigade with a captured regime helicopter in the Airbase:

Northern Storm Brigade celebrate the capture of the Airbase on Tuesday:

Clips of insurgents — likely from the Free Syrian Army — during the offensive to take the Airbase. The clips show insurgents digging a tunnel underneath the airbase’s perimeter fence:

Insurgents moving towards the center of the base:

ISIS and the FSA’s Fatah Brigade (a moderate Islamist group allied to the Revolutionary Military Council of Aleppo) storm the airport:

There have also been several videos posted of slain regime troops including here (warning — graphic content).

Fatah Brigade hold Eid prayers in the base, then traveling in a convoy to Tel Rifaat, south of the base and where the brigade was founded, to pay their respects at a cemetery there.

Footage of the Islamic State of Iraq and As-Sham using a 120mm gun to bombard the airbase:

Claimed footage of ISIS insurgents before storming the Airbase:

Insurgents from ISIS fighting in the airbase:

ISIS fighters enter the base after its capture — including a fighter with a sword:

ISIS flag flying over the base after its capture:

Army Of Immigrants And Helpers

Army of Immigrants mujahideen entering the base: