Middle East, August 18: Head of Military Warns — “We Will Never Be Silent” About Unrest 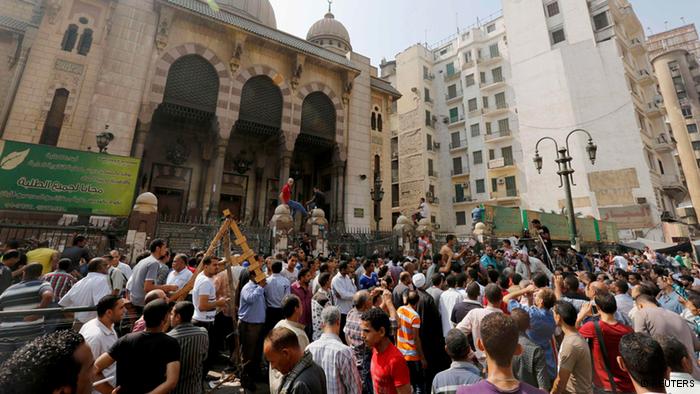 Egypt: Head of Military El-Sisi Warns Troops “Will Never Be Silent” About Unrest

After a Saturday of tension, including skirmishes and occasional gunfire, security forces cleared anti-regime protesters from the Fateh Mosque near Ramses Square in Cairo.

The protesters were part of a large rally that gathered on Friday in the square. When violence broke out, killing scores, about 700 people took shelter in the mosque.

Police and the military surrounded the sanctuary, apparently exchanging fire at one point with gunmen — it is unclear who shot first — in the mosque’s minarets. A pro-regime crowd threatened to beat the protesters if they emerged.

Police eventually dragged people from inside the mosque, shooting in the air to hold back those who tried to attack the protesters with sticks and iron bars.

Authorities later said 385 protesters were being investigated for murder, attempted murder, and “terrorism”.

Egypt: Head of Military El-Sisi Warns Troops “Will Never Be Silent” About Unrest

Meanwhile, the commander of the armed forces, Gen Abdul Fattah El-Sisi, has warned in a Facebook statement that his troops will act against any unrest: “Whoever imagines violence will make the state and Egyptians kneel must reconsider; we will never be silent in the face of the destruction of the country.”

At the same time, El-Sisi declared, in a gesture to supporters of deposed President Mohamed Morsi, that there was “room for everyone in Egypt” and the military had no intention to seize power.

Meanwhile, the Muslim Brotherhood has cancelled at least some of the demonstrations planned for Cairo this afternoon, claiming the “presence of snipers on buildings along the routes of the marches”.

Egypt: European Union Calls for Dialogue, Says It Will Review Relations with Cairo

In a joint statement, European Commission President José Manuel Barroso and European Council President Herman Van Rompuy have said there is “no alternative to dialogue” to end the “extremely worry” surge in violence and loss of life.

While all should exert maximum restraint, we underline the particular responsibility of the interim authorities and of the army in bringing clashes to a halt. The violence and the killings of these last days cannot be justified nor condoned. Human rights must be respected and upheld. Political prisoners should be released.

Barroso and Van Rompuy said “the EU will urgently review in the coming days its relations with Egypt and adopt measures aimed at pursuing these goals”.