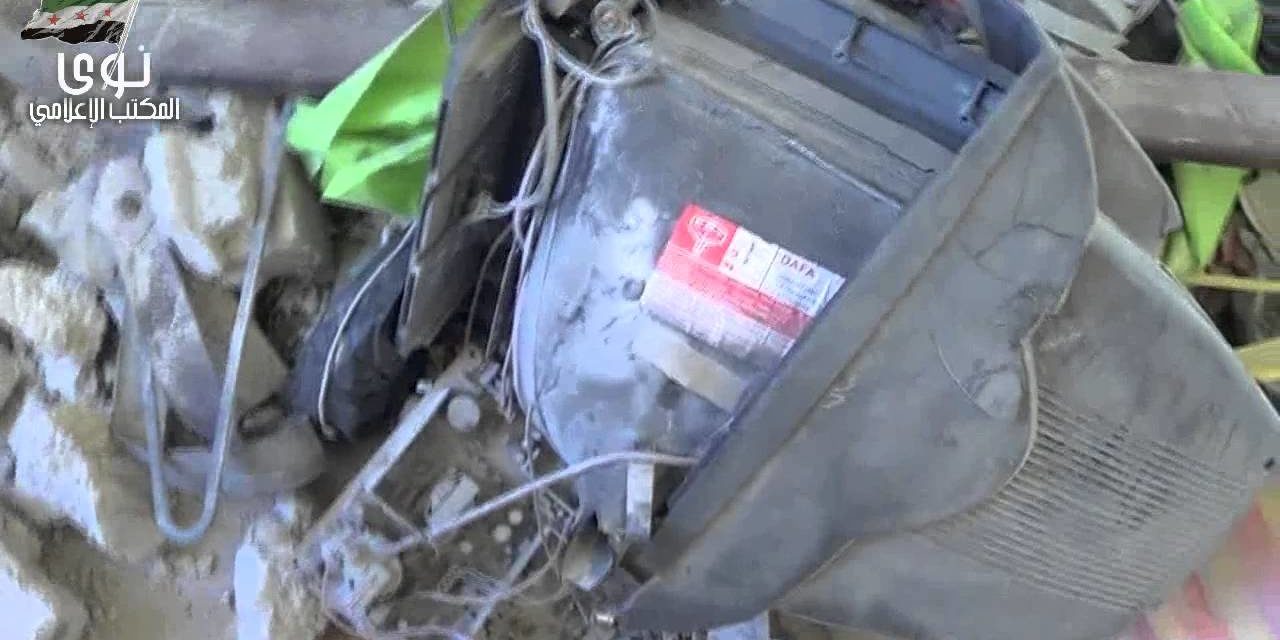 While we have become accustomed to watching activist footage of the Syrian war and key military developments — such as particular weapons used by particular insurgent groups — activists are also producing a considerable amount of footage that documents another important aspect of the ongoing conflict: the effects of the fighting on civilian life.

Since insurgents took the town of Nawa in the southern province of Daraa earlier in July, activist videos have documented the effects of regime shelling and airstrikes on the town, now mostly deserted.

The Nawa Media Office shot this footage of a house destroyed by regime shelling. The barely-recognizable remains of some household effects, such as a television set, are littered on the floor, a reminder that until recently this was somebody’s home.

The fate of the inhabitants is not known.

Opposition media activist Abo Gamal, who travels around Daraa Province with brigades of the Free Syrian Army, has complemented his promotion of military victories and the lives of insurgents with a series of videos looking at the effect of fighting on Nawa’s residents.

This video, made after the insurgents took over the town, shows an insurgent, Abu Wael al-Bateen, establishing a Revolutionary Council which will take care of such matters as medical care and municipal services — affairs that would have recently been the responsibility of the Assad regime:

Abo Gamal also has several videos that look at the destruction of Nawa’s infrastructure.

This clip shows the interior of a school, which has been extensively damaged by the fighting. Abo Gamal asks whether students can even return to the school in these conditions:

Reconstruction of damaged towns and villages like Nawa is a vital issue — the struggle to provide basic services once an area has been taken is key to the battle for hearts and minds of civilians, inducing residents who fled to return or winning the support of those who remain.

In this video, Abo Gamal shows us the interior of the Abu Bakr Mosque, almost destroyed by tank shelling. The media activist says that the destruction of the mosque has occurred because of silence by Arabs and Muslims, who are not doing enough to stop Assad’s forces.

The Nawa Media Office shows the extent of the damage to Nawa’s infrastructure — much of it from regime airstrikes — in these short clips taken over the past three days: