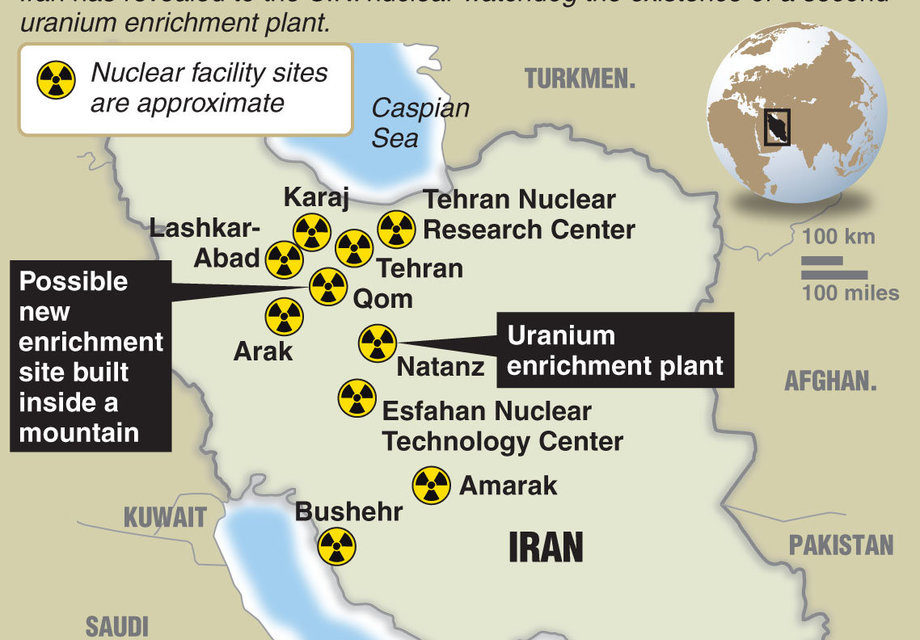 With the inauguration of President-elect Hassan Rouhani this week, the PR battle has been joined in the US — those who see the new Government as an opportunity for engagement with Tehran v. those who want to push for greater sanctions or even military action to break the regime.

Last weekend, the pro-engagement scored a notable victory with both an opinion piece — from the former French Ambassador to Iran — and a positive profile, again drawn from diplomats, of Rouhani.

Now, the counter-offensive from those who are dubious about negotiations with the Islamic Republic.

See also Iran Analysis: US to Tehran “Give In to Sanctions (Because Bombs Are Worse)”

The conservative Washington Times reports that sub-committees of the House Committee on Foreign Affairs will hold two days of hearings on “Iran’s support for the Syrian regime in a civil war that has claimed 100,000 lives and Iranian influence in Latin America, where an Argentine prosecutor accuses the Islamic regime of running spy networks in nine countries”.

Representative Ileana Ros-Lehtinen, the chairwoman of one of the sub-committees, declared that Iran is menacing Washington via Syria: “This conflict has brought the entire region to the precipice of utter chaos, and directly threatens the United States, our national security interests and our allies”.

Ros-Lehtinen says a recent State Department assessment of Iran and its ally Hezbollah in Latin America is dangerously — Tehran is a “growing threat” and her hearing will caution the Obama Administration “to not turn a blind eye to this menace.”

The chairman of the House of Representatives Western Hemisphere Sub-Committee, Matt Salmon, adds, “Iran spews anti-American rhetoric around the globe.”

See Iran Animated Guide: How to Write A Scare Story

Among those set to testify in Wednesday’s hearing is Mark Dubowitz, executive director of the Foundation for the Defense of Democracies. He warned, in a June 17 piece in The Atlantic, that those calling Rouhani a moderate were “reviv[ing] a myth as old as that of the revolutionary theocracy, itself: The myth of moderation”.

Any counter-attack on engagement would not be complete, however, without a scare report by David Albright of the Institute for Science and International Security (ISIS). He delivered on Monday night.

See Iran Video: How to Become An Expert on The Nuclear Program

Albright sets the scene by warning of a new menace:

As a result, although concerns about Iran’s centrifuge and heavy water reactor programs are more pressing, the International Atomic Energy Agency (IAEA) is justified to also pursue whether Iran has had undeclared uranium laser enrichment activities since 2003.

The dramatic claims raise questions. Why is Albright sudddenly bringing up a program that is more than a decade old? Why is he doing so when he notes that Iran stopped its enrichment activities at Laskhkar Ab’ad in 2003?

The answer: Albright’s thorough research has found two commercially-available satellite images of the facility. These, he asserts, show how Iran has added several structures to the facility since 2003.

No further details are given of the “laser enrichment”. Instead, Albright deploys his common approach of discussing research that could be used in an atomic program — but could also be used for many civilian and non-nuclear programs — and extrapolating from this to declare Iran must be lying about nuclear weapons.

This time, however, even Albright seems to worry that he might be going too far. He pauses for thought:

If properly engineered, laser enrichment has the potential to dramatically advance the capabilities of proliferant states to secretly enrich uranium. To date, however, no nuclear program is known to have successfully used laser enrichment to produce kilogram quantities of HEU or quantities of low enriched uranium (LEU) large enough for a civil nuclear reactor program.

And then, having declared imminent threat, Albright admits that he does not actually know what is happening:

Is Iran today continuing its work on laser enrichment at Lashkar Ab’ad? Commercial satellite imagery documents significant growth in the Lashkar Ab’ad site starting in 2008 and extending into early 2013. However, these images do not provide an indication of when the buildings were inaugurated or what is done inside them.