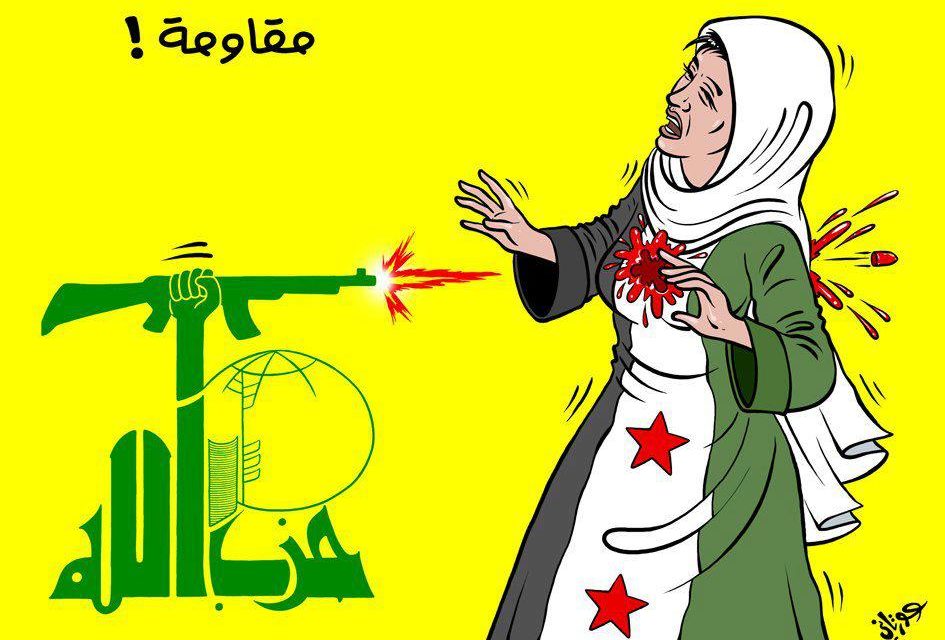 The main Syrian opposition bloc, the National Coordination Committee for the Forces of Democratic Change (NCB) called on Monday for all foreign fighters to leave Syria.

Bloc leader Hassan Abdul Azim said that “all non-Syrian parties taking part in the fighting on Syrian territory, no matter what party they are fighting beside”, should leave.

The call comes amid unconfirmed reports that Lebanese group Hezbollah has sent its forces to Aleppo. Hezbollah’s Lebanese-based TV station, al-Manar, which broadcasts pro-Hezbollah material, reported that the operation was named “the Storm of the North”.

Meanwhile, al-Hayat reports on Tuesday that Lebanese President Michel Sleiman has asked Iran to exercise its influence to withdraw Hezbollah from Syria.

The report claims Sleiman made a request to Tehran, via the Iranian ambassador in Beirut, and complained that Hezbollah’s participation in the fighting was “completely unacceptable according to all concepts and norms”. Citing “official sources”, the report said Sleiman asked the Iranian ambassador to convey to the leadership that Lebanese interference in Syrian was not justified and that the government did not agree to it.

Qanso has previously claimed that al-Qaeda has infiltrated organizations in Lebanon, and said that if Assad falls, Syria will become a “breeding ground” for Islamic extremism.

UNHCR spokesman Adrian Edwards said on Tuesday that United Nations refugee agency is in talks with Germany about resettling vulnerable Syrian refugees and is calling on other nations to help by matching the number that Germany agrees to absorb.

The Agency said that Germany had made an offer to take in 5,000 refugees back in March.

“UNHCR is calling on other states to complement the German offer with a further 5,000 places for humanitarian admissions, enabling a total of up to 10,000 highly vulnerable Syrians to find safety elsewhere,” the agency said in a statement.

According to Reuters, UNHCR is also talking to other European governments about resettling some of the 1.6 million Syrians who have fled the country. Edwards said the UN expects that number to swell to 3.45 million by the end of the year.

The 1.6 million known Syrian refugees have fled to the neighboring countries of Iraq, Jordan, Lebanon and Turkey.

UNHCR Reaches Out To Syrian Refugees In Egypt

UNHCR also said Tuesday that it is reaching out to the thousands of Syrian refugees in Egypt who are unaware of the benefits of registration.

Over 77,000 Syrian refugees — half of whom are women and children — are now in Egypt, which does not operate refugee camps. Until these people have registered as refugees, they must fend for themselves, the Agency said.

UNHCR highlighted the case of Fadl, an unemployed former chef with two teenage sons living with mental disability. The family are living in Sixth of October City near Cairo, where Fadl has not been able to find work and worries about paying the rent on his apartment.

The Agency quotes Fadl, 42, as saying he chose to flee to Egypt for several reasons:

We came to Egypt, not only because it was possible for us to come in legally, but also because we heard it was much cheaper than other places…I have a lot of extra expenses well beyond a normal family [because of his children].”

UNHCR said Fadl had not attempted to register as a refugee because he did not know how.

Mohamed Dayri, UNHCR’s representative in Egypt, said: “It is only recently that Syrians are starting to come forward to register. Many of them did not do so before out of fear or ignorance.”

Syrian State news agency SANA has said that 14 people were killed and a further 31 injured in two suicide bombings in Marjeh Square in Damascus.

SANA cited a “police source” as saying that the suicide bombers detonated their bombs near a police station.

The Syrian State news agency cited a Lebanese political analyst, Amin Hatit, as saying that terrorists had carried out the bombings as an “expression of despair and confusion” after “armed terrorist groups backed by the United States and some Arab and Western countries” had been defeated by the Syrian army.

SANA has posted a series of photographs — some graphic — of the square after the bombing, showing material damage and blood-strewn areas. 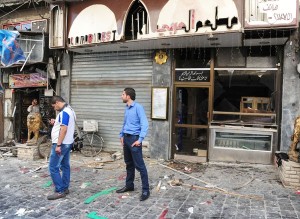 In a joint interview with Lebanese daily Annahar and Kuwait’s al-Anba, Russia’s Deputy Foreign Minister, Mikhail Bogdanov, said Syria would be “completely destroyed” if next month’s international conference in Geneva fails to find a resolution to the conflict.

Bogdanov said it was “not true” that Russia is supporting the Shia camp against the Sunni camp, adding that “millions of our citizens are Muslims…we are against any sectarian war”.

Moscow’s position in Syria was that of “clear non-interference” of any party.

Reports Of Double Bombing In Damascus

Egyptian outlet El-Wasat are reporting that one policeman and four civilians were killed in the first explosion, and the second caused damage only to vehicles.

Footage posted by the Armored Brigade Aleppo showing insurgents firing an Igla-1E (SA-16) man-portable infrared homing surface-to-air missile at a Syrian army Mi-8/17 Hip helicopter near Aleppo. The second video, posted earlier, shows the missile hitting the helicopter, but it is not clear if the helicopter is downed.