Syria Today, May 2: Assad Appears — Does It Matter? 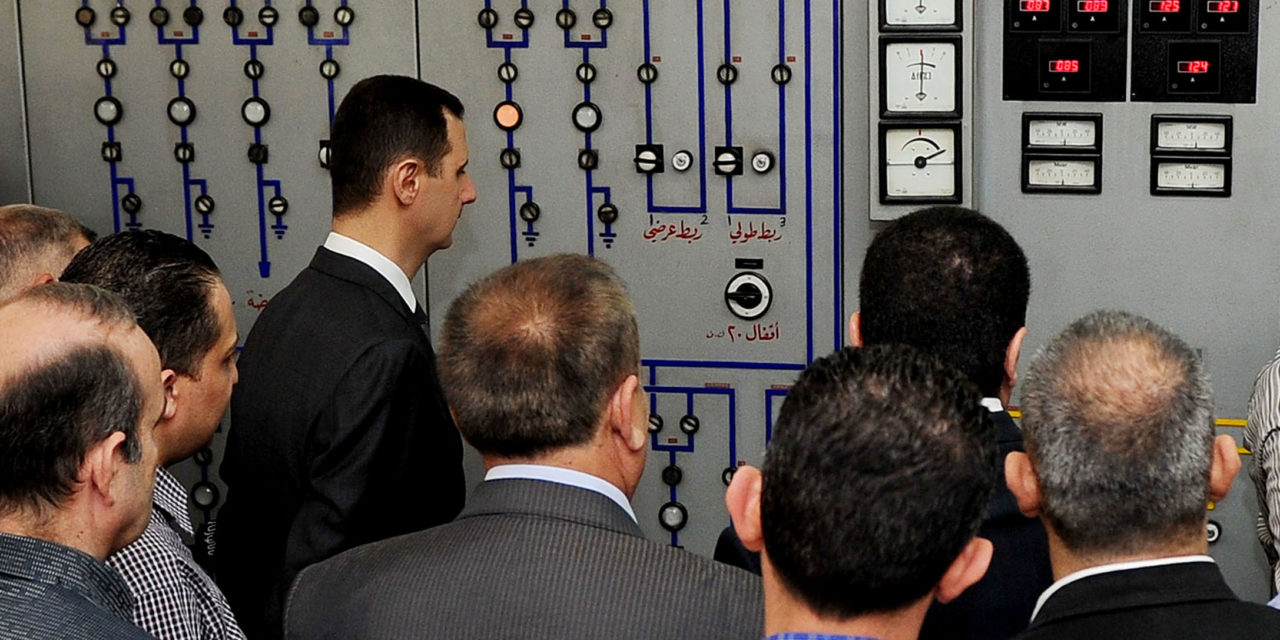 The Local Coordination Committees claim 95 people were killed on Wednesday, including 36 in Damascus and its suburbs, 18 in Aleppo Province, 16 in Hama Province, and 14 in Homs Province.

The Violations Documentation Center puts the confirmed death toll at 58,953 since the conflict begin in March 2011, an increase of 99 from Wedmesday.

On a relatively quiet day in Syria, President Assad created a flutter for some in the Western media with a photo opportunity on Workers’ Day at the Umawyeen Electricity Station at Tishreen Park in Damascus.

To be honest, the photos are not very impressive (see top of entry) and State news agency SANA’s text is far from inspiring:

During this visit, President al-Assad said that the values of work are associated with the meanings of dedication, building, production, strength and good, all of which are embodied in Syria’s workers who always participated in bolstering points of strength and surpassing weaknesses in order to build a proud, powerful Syria.

President al-Assad said that Syria’s workers proved during the war which has been targeting the country for over two years that they will always remain one of the elements of Syria’s strength, and not the other way around, asserting that the attempts to target the infrastructure which was built with Syrian hands will not dissuade workers from continuing to carry out their duties, despite the fact that hundreds of them were martyred at the hands of terrorists.

Still, the regime will no doubt hope that the event will convey Assad’s authority during the crisis. And no doubt it is hoping that the appearance will offer a diversion from more inconvenient stories —- say, the possible use of chemical weapons by the Syrian military — that have dominated headlines this week.