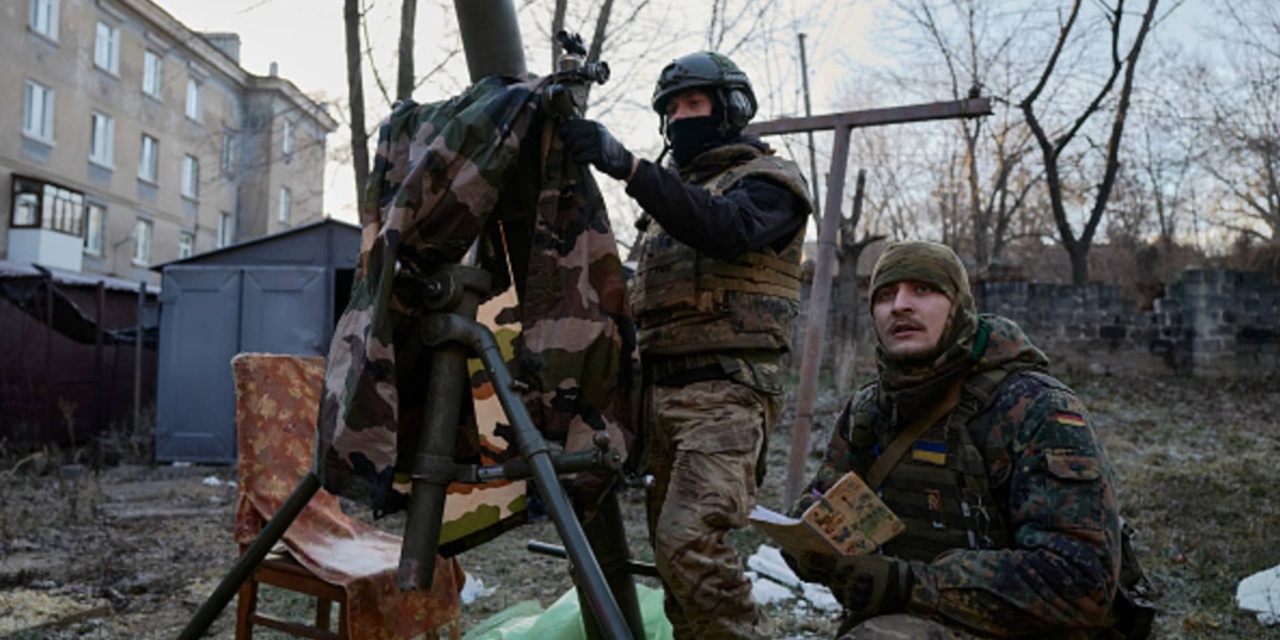 Vladimir Putin is the lone worshipper at an Orthodox Christmas service at the Cathedral of the Annunciation in Moscow.

Russian forces have continued to attack civilian areas across Ukraine despite Vladimir Putin’s declaration of a 36-hour ceasefire from noon on Friday.

Attacks over the past 24 hours in seven regions in southern and eastern Ukraine killed at least three people and injured 20.

p>Targets included residential buildings and a fire station — where one firefighter was killed and four wounded — in the Kherson region in southern Ukraine.

In the Donetsk region in eastern Ukraine, two civilians were killed in and near the frontline city of Bakhmut. At least 13 people were wounded.

Russian forces also continued to fire on residential and commercial buildings during the supposed ceasefire.

US officials began telling reporters on Wednesday of the initiative, taking total military aid during Russia’s invasion to $25 billion. President Biden indicated that the package would include armored Bradley Fighting Vehicles.

Friday’s announcement highlighted 50 Bradleys. The tracked combat vehicle has an automatic cannon and a machine gun, and is capable of firing anti-tank missiles.

The US announcement accompanied significant commitments this week by France, which is providing light AMX-10 RC armored combat vehicles for the first time, and Germany.

Ending weeks of resistance by Chancellor Olaf Scholz, the German Government said it will send 40 Marder infantry fighting vehicles to Ukraine before the end of March. A Patriot anti-aircraft missile system will also be delivered.

Ukraine President Volodymyr Zelenskiy welcomed the commitments. He said in his nightly address to the nation:

For the first time, we will get Bradley armored vehicles. This is exactly what is needed. New guns and rounds, including high-precision ones, new rockets, new drones. It is timely and strong.

At the same time, Zelenskiy is continuing to press for supply of heavy battle tanks, as Kyiv hopes to pursue its counter-offensives in eastern and southern Ukraine and to blunt any renewed Russian offensive in 2023.