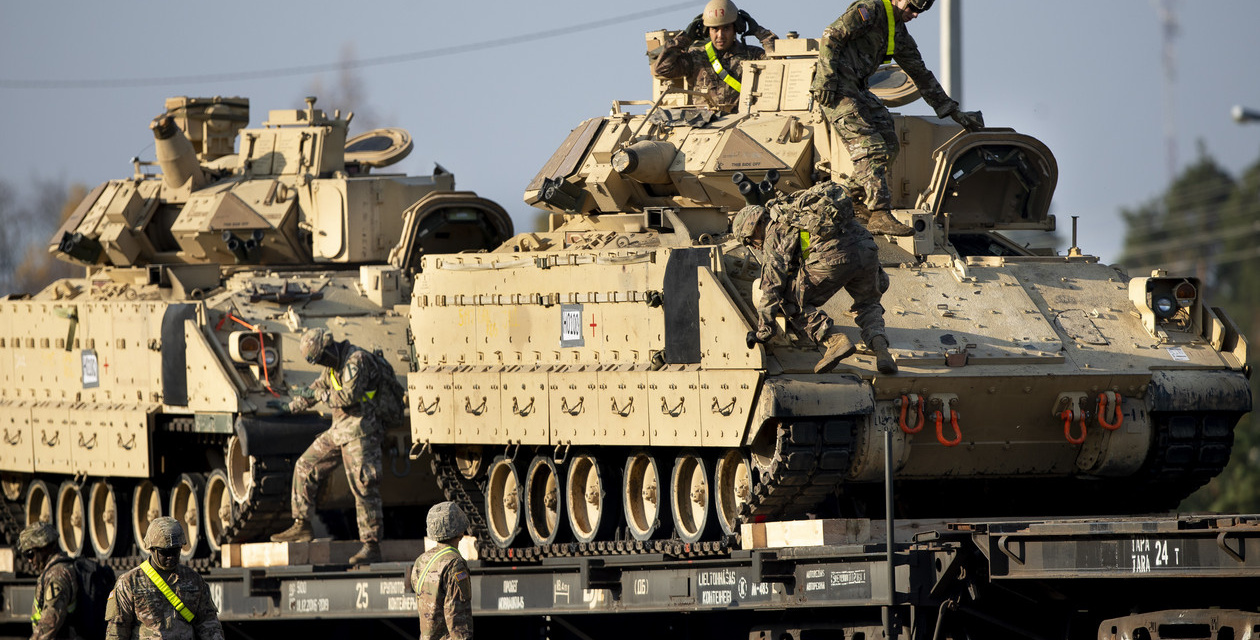 One rescuer has been killed and four wounded in this morning’s Russian shelling of a fire department in the Kherson region in southern Ukraine (see 0929 GMT).

As a result of today's attack on a fire station in #Kherson, a rescuer was killed.

Four more were injured to varying degrees of severity. pic.twitter.com/ta57beIXGH

Germany plans to provide 40 Marder infantry fighting vehicles to Ukraine before the end of March.

Ukrainian troops will be trained on the Marder in Germany for about eight weeks.

Just before Vladimir Putin’s “ceasefire” takes effect at noon, Russian forces have been shelling Kramatorsk in the Donetsk region in eastern Ukraine.

Kyrylo Tymoshenko, the deputy head of the Ukraine Presidential office, said the city was struck twice by rockets but there were no casualties.

The Ukraine General Staff reported that “the enemy is concentrating its main efforts on attempts to establish control over the Donetsk region” without success.

In the Kherson region in southern Ukraine, Russian soldiers shelled a fire station, resulting in casualties.

Serhii Kruk, head of the State Emergency Service of Ukraine, said, “The Russians have once again confirmed the fact that they cannot be trusted. Kherson. Another shelling of our unit. Dead and wounded.”

He noted that the Russians have attacked two fire departments in two days, “violating all the principles and norms of international law”.

These are repercussions of 🇷🇺 attack on Kurakhove, #Donetsk region. The occupiers shelled residential buildings and a private house. One person was injured and local hospital’s department damaged. Those are 🇷🇺 so-called military targets. #RussiaIsATerroristState pic.twitter.com/ik54w2hnCr

UN Secretary General António Guterres has disbanded the fact-finding mission into the killing of at least 53 Ukrainian POWs in the Olenivka prison in Russian-occupied eastern Ukraine on July 29.

UN spokesman Stephane Dujarric said Guterres made the decision because of security considerations and “the absence of conditions required for the deployment of the mission to the site.”

Russia and its proxies are suspected of setting off an explosion in the prison, in the occupied part of Donetsk Province, and then falsely blaming it on Ukrainian shelling.

There’s an aggressor: the Kremlin. And a victim:the Ukrainian people. Withdrawal of Russian troops is only serious option to restore peace & security. Announcement of unilateral ceasefire is as bogus & hypocritical as the illegal & grotesque annexations and accompanying referenda

Zelenskiy noted Russia’s recent missile and drone attacks, including over the Christmas and New Year’s weekends, and said:

They now want to use [Orthodox] Christmas as a cover, albeit briefly, to stop the advances of our boys in Donbas and bring equipment, ammunitions, and mobilized troops closer to our positions.

What will that give them? Only yet another increase in their total losses….

To end the war, the citizens of Russia need to find the courage to free themselves for at least 36 hours from their shameful fear of one person in the Kremlin. Your fear of him is destroying your country.

Addressing Russians in their language, Zelenskiy said a real ceasefire meant “ending your country’s aggression….And the war will end either when your soldiers leave or we throw them out.”

ORIGINAL ENTRY: The US and Germany have joined France in committing armored infantry fighting vehicles for the defense of Ukraine against Russia’s invasion.

President Joe Biden said hours later that the US was considering the delivery of the Bradley Fighting Vehicle, a tracked armored combat vehicle with an automatic cannon and a machine gun.

On Thursday, US officials confirmed that 50 Bradleys will be part of $3.8 billion in military aid to be announced today. The package will include $2.25 billion in armor and munitions, including radar-guided Sea Sparrow anti-air missiles and 155mm artillery shells.

The US is also authorizing military finance of $225 million to Ukraine and $682 million to Eastern European countries for the purchase of American weaponry and military equipment.

However, the most notable commitment may have come from Germany, whose Scholz Government had held out for months against any delivery of armored fighting vehicles or the advanced Patriot air defense system.

After a call between Biden and German Chancellor Olaf Scholz, Berlin announced that it will send the Marder Infantry Fighting Vehicle. And having said for weeks that it could not spare any Patriots without jeopardizing German security, the Government said one system will be sent to Kyiv.

While there was no declared connection with the French and American deliveries, the announcements from Paris and Washington appeared to bolster those within the Scholz Government — notably Foreign Minister Annalena Baerbock — who support more robust military provisions for Ukraine.

Baerbock appeared at a joint press conference on Thursday with UK Foreign Secretary James Cleverly, who said the provision of battle tanks may be part of “the next phase” of weapons transfers.

Ukraine has sought heavy battle tanks for months, both to press its counter-offensives in the east and south and to defeat any renewed Russian offensive in 2023. President Zelenskiy repeated the call in his visit to Washington, including an address to a joint session of Congress, last month.

Eastern European countries such as Poland, Slovakia, and the Czech Republic have delivered older, Soviet-era tanks to Kyiv, with the US and Netherlands providing funds for refurbishment.

However, the US and Western European countries have held out so far against supply of newer battle tanks such as Germany’s Leopard 2s and US M1 Abrams.

Even as he welcomed Macron’s pledge of infantry fighting vehicles on Wednesday, Zelenskiy said:

There is no rational reason why Ukraine has not yet been supplied with western tanks. And this is very important to restore security for all Ukrainians and peace for all Europeans.

For now, US officials say the supply of the Bradleys will be a significant boost for Ukraine’s military capability, beyond the American supply of more than 2,000 combat vehicles — including hundreds of mine-resistant vehicles and Humvees — to date.

The Bradley is faster and better protected than the M113 armored personnel carrier. It carries the 25mm Bushmaster chain gun, two TOW anti-tank missiles. and a 7.62 coaxial machine gun.

Retired Lt. Mark Hertling, a former commanding general of US Army Europe, summarized on Twitter that the Bradley is NOT a tank, but it can be a tank killer…and a troop carrier”.

The French AMX-10 is used as a reconnaissance vehicle and tank killer, and its high maneuverability and speed are effective in small engagements. The vehicle’s armaments can destroy Russian T-72 tanks and armored infantry carriers. However, its relatively light armor would be vulnerable against heavy Russian guns.