EA on Monocle 24 and BBC: Kevin McCarthy, the GOP’s Civil War, and the Threat to America 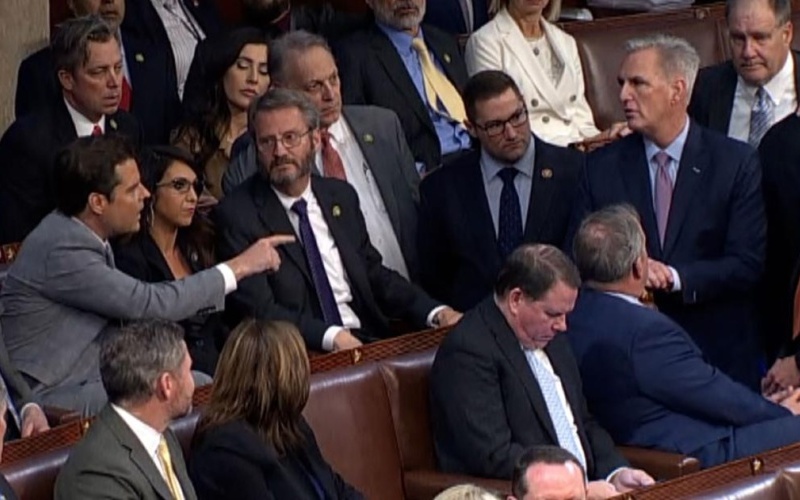 I joined Monocle 24’s Georgina Godwin on Monday to review the turmoil and Republican in-fighting in the 15-vote circus around House Speaker Kevin McCarthy — and what happens now throughout the Government and the country.

The question for America’s destination is whether the adults in the room, including other Republicans and the Biden Administration, can continue to govern despite the Trumpists.

Are there enough Republicans who are not hostage to this Trumpist, even an extremist, ideology and realize that what makes America great is protecting and progressing the lives of its people?

After 15 votes — the largest number since 1859 — Rep. Kevin McCarthy is now US House Speaker.

But that is not the significant story. Instead, it is that Trumpists and hard-right House Republicans now hold McCarthy hostage after he made a series of concessions — and with those, they could try to hold the House and the entire US hostage as well.

I analyzed the situation in a chat with BBC World Service’s Lyse Doucet on Saturday afternoon.

Listen to Discussion from 2:47

The House may be paralyzed, so the Biden Administration have to be the adults in the room and govern.

And they can do that because they were able, in their first two years in office, to pass the most significant legislation in the US since the 1960s.

While the children squabble in the House, they must now implement that legislation.

House Republican leader Rep. Kevin McCarthy failed to become Speaker on Tuesday, with 20 Trumpist and hard-right legislators refused to vote for him in three ballots.

It was the first time since 1923 that the House has not confirmed a Speaker on an initial ballot.

With the votes resuming on Wednesday, I spoke with BBC Radio Scotland about the next developments, the state of the Republican Party, and the Trumpist-extremist threat to the US system.

Listen to Discussion from 9:14

The Republicans look like squabbling children while the Biden Administration are the adults in the room governing the country.

This GOP deadlock could last days or even weeks unless the Trumpists and extremists decide they are going to legistlate rather than just stomp their feet.

I review the situation before today’s vote in the House with the Trumpist-extremist bloc effectively holding McCarthy hostage and forcing a series of concessions — including the restoration of QAnon-linked conspiracy theorist Rep. Marjorie Taylor Greene to a high-profile committee post, and hearings on the fictional “deep state” plotting against Donald Trump.

Then I consider the wider significance for US politics in 2023 — a Republican Party tearing itself apart while Biden Administration staying the course on historic legislation passed in 2021 and 2022 — and offer a thought on outgoing Speaker Nancy Pelosi.