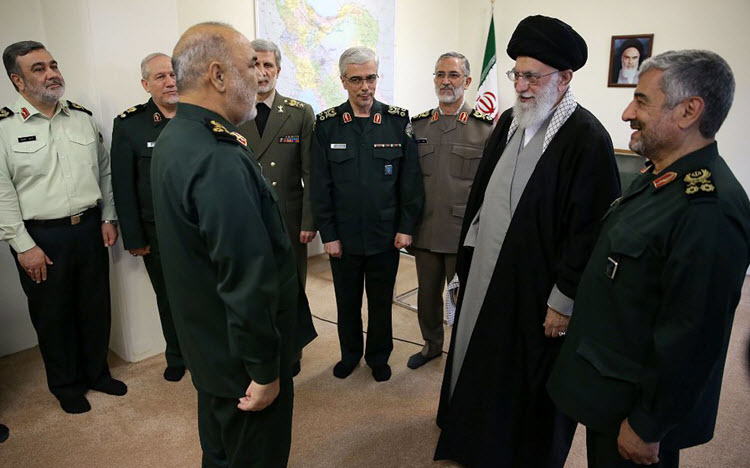 The US, acting in conjunction with the European Union and the UK, sanctioned another 10 Iranian officials on Monday.

The US Treasury said, “Azimi and Asiabani command IRGC units that have allegedly committed some of the worst acts by Iranian security forces since the beginning of protests in September 2022.”

The statement noted that Guards-led forces have used live fire to kill and wound dozens of protesters.

It added, “The IRGC has shelled vehicles attempting to deliver blood bags to those wounded in local hospitals, preventing their delivery.”

The sanctions also designate the IRGC’s Cooperative Foundation and five of its board members. The “economic conglomerate” controls manufacturing and construction and other large sectors of the Iranian economy.

The European Union has sanctioned more than 30 Iranian officials and organisations, including units of the Revolutionary Guards, over the “brutal” crackdown on 18-week nationwide protests and other abuses of human rights.

However, the EU did not follow the European Parliament’s recommendation to label the Guards as a “terrorist organization”.

Foreign Ministers of the EU’s 27 nations made the decisions at a meeting in Brussels on Monday.

EU foreign policy chief Josep Borrell said the Guards could only be designated as “terrorist” if a court in an EU country determined the organization was guilty of terrorism.

“You cannot say ‘I consider you a terrorist because I don’t like you’,” he told reporters.

The sanctions cover another 18 individuals and 19 entities, with freezing of assets inside the EU and a ban on travel to the bloc.

At today’s #FAC the Ministers adopted a new package of sanctions against #Iran, targeting those driving the repression.

The EU strongly condemns the brutal and disproportionate use of force by the Iranian authorities against peaceful protesters. @TobiasBillstrom pic.twitter.com/cNeXZCTK79

ORIGINAL ENTRY, JAN 19: The European Parliament, in a vote of 598-9 with 31 abstentions, has cited Iran’s Islamic Revolutionary Guards Corps as a “terrorist organization”.

The resolution cited “the brutal crackdown by Iran, including the Islamic Revolutionary Guards Corps (IRGC), on the demonstrations after the death of Mahsa Amini, following her violent arrest, abuse and ill-treatment by Iran’s ‘morality police’.”

The European Parliament cannot compel the EU to add the Revolutionary Guards to the terrorist list. But MEPs called on the European Union’s leadership and member states to include the IRGC “in the light of its terrorist activity, the repression of protesters, and its supplying of drones to Russia” for Moscow’s attacks on Ukraine.

Under formal designaton of the Guards as a terrorist group, membership is a criminal offense. All IRGC assets within the EU bloc would be frozen, and it could not receive funds from EU citizens or businesses.

The EU is considering a fourth round of sanctions against Iran amid the regime’s crackdown on 18-week nationwide protests. “Diplomatic sources” says individual Guards members will be added to the sanctions list next week.

The US designated the IRGC as a terrorist organization in 2019. The UK is expected to take similar action in the next few weeks.

We have repeatedly said the Revolutionary Guards are a formal and sovereign organisation whose role is central for guaranteeing Iran’s security. Steps taken by the European Parliament to list the organisation as terrorist are in a way a shot in the foot of Europe itself.