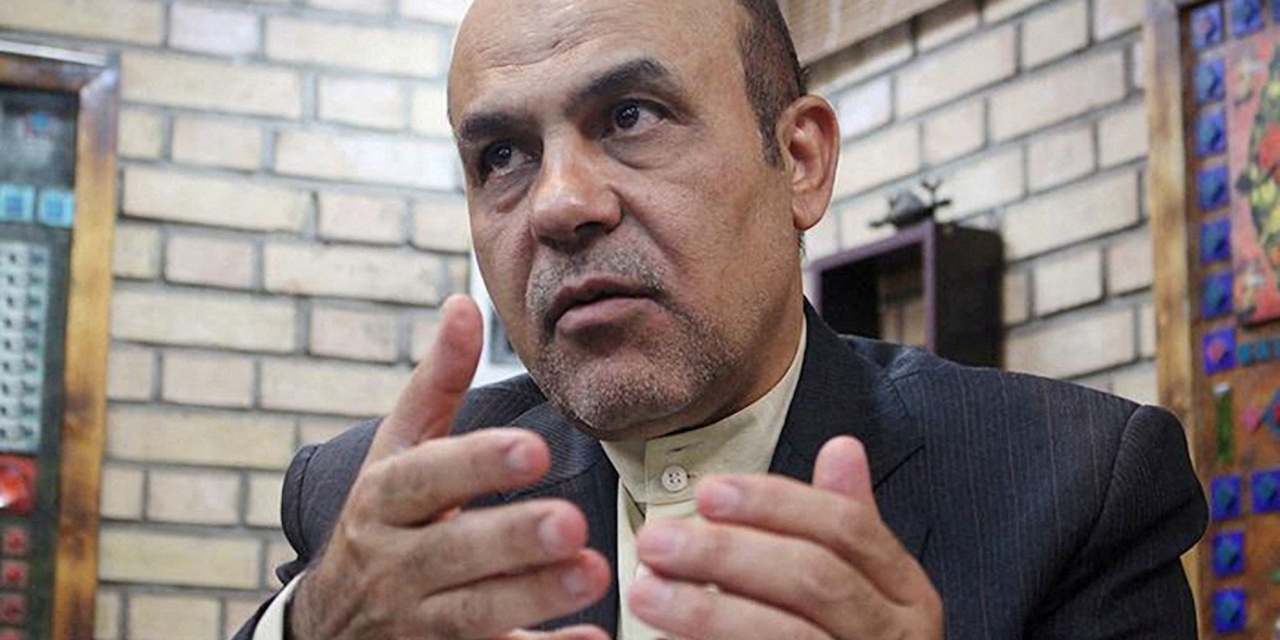 Ali Akbari in his “confession” on Iran State TV

The family of Alireza Akbari, the former Iranian Deputy Defense Minister executed on Saturday, has been prevented from seeing his body.

Relatives wanted to fulfil Akbari’s wish to be buried in his birthplace of Shiraz. But Akbari’s sister and daughter were told by officials at a Tehran cemetery that there was no body to collect as it had been interred on Thursday.

Iran’s judiciary issued its statement about the execution on Saturday morning. The account from the cemetery officials indicated that Akbari was hanged two days earlier, only hours after his sentence was upheld in a court hearing.

Family members say they were told that Akbari would not be executed on Friday. They were even told by the Intelligence Ministry on Friday evening that there was a chance of reprieve.

A relative who lives outside Iran said:

They are just playing with us. It is cruel and heartless. They have tried to destroy his reputation by fabricating that he is a traitor, and now this.

Sanctioning him today underlines our disgust at Alireza Akbari's execution.
The Prosecutor General is at the heart of Iran's use of the death penalty.

The Ministry said the Iranian diplomat was “warned that Iran’s repeated violations of international law cannot go unanswered, particularly with regard to the treatment of foreign nationals whom it arbitrarily detains”.

The Iranian judiciary’s Mizan news agency reported the hanging of Akbari, a British-Iranian national, early Saturday. The execution came less than 48 hours after the sentence was imposed in a court hearing on Thursday.

Akbari, who left Government service in 2015, was quietly detained two to three years ago. Amid Iran’s 17-week protests, officials announced his imprisonment and death sentence.

Akbari was accused of spying for UK intelligence services, linking his case to the Iranian regime’s portrayal of the protests as foreign-directed.

The execution may also be part of fighting for position within the regime. Akbari was a long-time associate of Ali Shamkhani, the Secretary of the National Security Council.

A source in Tehran explained that Shamkhani and Ali Larijani, a former Parliament Speaker and chief nuclear negotiator, are being targeted by hardliners. Both Shamkhani and Larijani have called for mediation and consideration of reforms amid the protests, which began over compulsory hijab and the death of Mahsa Amini — detained and reportedly beaten by “morality police” — on September 16.

Akbari collected the important information of the country on strategic issues in the field of domestic and foreign policy, regional, defense, missile, nuclear negotiations and economic issues related to sanctions and delivered it to British intelligence officers in a fully informed and targeted manner.

On this basis and after filing an indictment against the accused, the file was referred to court and hearings were held in the presence of the accused’s lawyer and based on the valid documents in the person’s file, he was sentenced to death for spying for the UK.

Earlier this week State TV — following its standard practice of broadcasting “confessions” of those sentenced to death — featured Akbari saying he gave his British handlers reports on Iran’s nuclear program and on efforts to evade western economic sanctions.

In an audio recording, broadcast by BBC Persian on Wednesday, a Akbari purportedly said:

With more than 3,500 hours of torture, psychedelic drugs, and physiological and psychological pressure methods, they took away my will. They drove me to the brink of madness…and forced me to make false confessions by force of arms and death threats.

Iranian authorities said Akbari, who left Government service in 2015, had three different British handlers over five years. Akbari’s friends responded that the people named are an estate agent, an immigration lawyer, and an education admissions advisor.