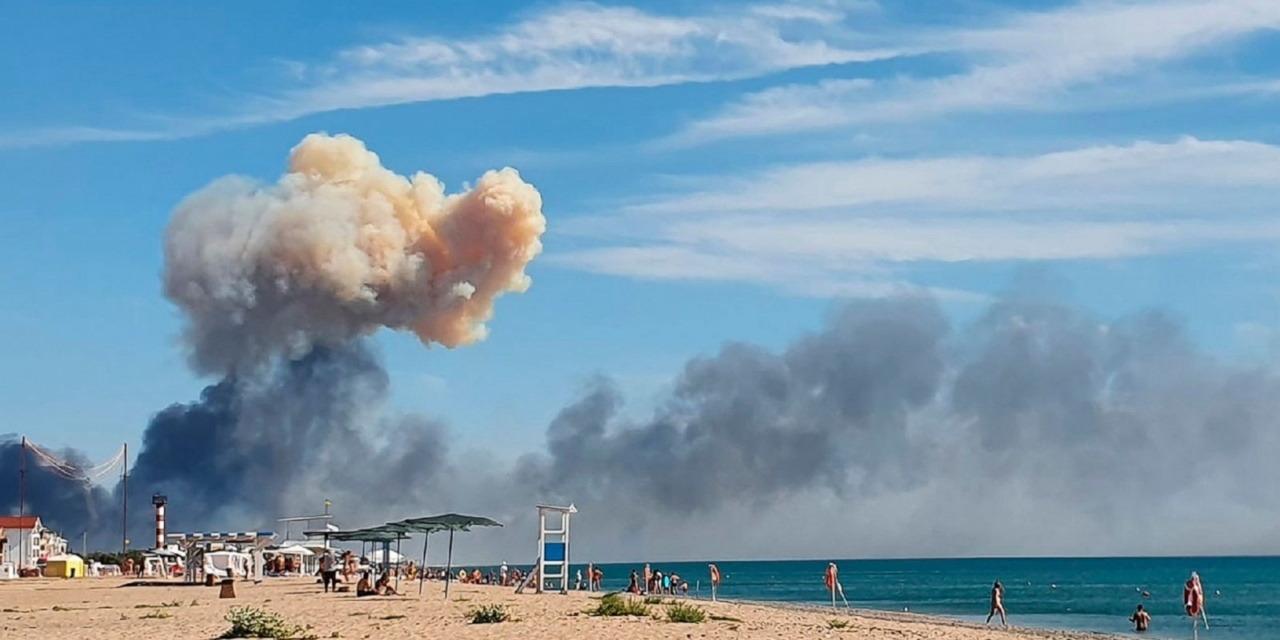 A Dutch court has convicted three men — 2 Russians and a Ukrainian —of murder for their role in the downing of Malaysia Airlines Flight MH17 over eastern Ukraine in 2014.

Girkin, Dubinskiy, and Kharchenko were found to have arrange the transport into Ukraine of the Russian military BUK missile system that downed the jet.

Presiding Judge Hendrik Steenhuis summarized the verdict and sentence, “Only the most severe punishment is fitting to retaliate for what the suspects have done, which has caused so much suffering to so many victims and so many surviving relatives.”

The court awarded 16 million euros in damages to families of victims, to be paid by the Dutch state if not by the convicted defendants.

Important court decision in The Hague. First sentences for the perpetrators of #MH17 downing. Holding to account masterminds is crucial too, as the feeling of impunity leads to new crimes. We must dispel this illusion. Punishment for all RF's atrocities then & now is inevitable.

Ukraine Interior Minister Denys Monastyrsky said, “The search has only just started, so many more dungeons and burial places will be uncovered.”

Residents of Kherson have spoken of abuses by the occupying Russian soldiers, and journalists have seen a “torture room” where men were detailed, abused, and sometimes killed.

On Wednesday we visited a “torture room“ in Kherson city where dozens of men were detained, electrocuted, beaten and some of them killed.

At least 14 people, including a girl, have been injured in this morning’s Russian attack on Dnipro in south-central Ukraine.

The Kremlin had initially cast doubt over the extension, announced by Ukraine and the UN earlier on Thursday, with the line that the agreement must lift sanctions on Russian exports of agricultural products and fertilizer.

The Foreign Ministry, in its acceptance of the extension, said Russia presumes its concerns will be fully taken into account.

Continuing its attacks on Ukraine’s critical infrastructure, Russia has struck Odesa and Dnipro this morning.

Officials say air defense systems in other cities, including the capital Kyiv, were downing Russian missiles. But two people were killed in the #Zaporhizhzhia region; three were wounded in Kharkiv in the northeast; and three were hurt in Odesa.

The enemy thinks that he will weaken our defence with energy strikes and be able to strike in the back. This is a naive tactic of cowardly losers that we are ready for.

Ukraine has already withstood extremely difficult blows of the enemy, which did not have the results that these Russian cowards were counting on. We continue to move forward.

President Volodymyr Zelenskiy said in his nightly address to the nation, following Russia’s assault on Tuesday with about 100 missiles, that emergency and stabilization shutdowns continued in 18 regions, including Kyiv.

He assured, “If we survive this winter, and we will do it, Ukraine will definitely win this war.”

However, Russia is still holding up renewal of the agreement beyond its expiry on November 19.

#BlackSeaGrainInitiative will be prolonged for 120 days. 🇺🇦 @ZelenskyyUa together w/ @antonioguterres 🇺🇳@UN, 🇹🇷 @RTErdogan & Minister of Defence Hulusi Akar @tcsavunma made another important step in the global fight against the food crisis.

The Minister said Ukraine had sought a one-year extension.

Guterres said in a statement, “I welcome the agreement of all parties to extend the Black Sea Grain Initiative in order to promote safe navigation in the export of grain, food and fertilizer from Ukraine.”

But the Kremlin did not confirm its acceptance of the extension. Instead, Deputy Foreign Minister Sergey Vershinin demanded a relaxation of international sanctions on Russian agricultural and fertilizer exports as part of the agreement.

Edited by Nobel Prize winner Dmitry Muratov, Novaya Gazeta suspended publication in March, after the Kremlin pushed through laws threatening up to 15 years in prison for publication of unacceptable news.

The head of the Polish national security bureau, Jacek Siewiera, said the conversation “concerned the general security situation” and “the context of recent events”.

US President Joe Biden pushed back the assertion of Ukrainian counterpart Volodymyr Zelenskiy that the missile which landed in the Polish village of Przewodów was not from Ukraine’s air defenses.

“That’s not the evidence,” Biden told reporters at the White House.

ORIGINAL ENTRY: Explosions are reported in Russian-occupied Crimea on Thursday morning, with speculation that the Ukrainian military has struck another of Moscow’s airbases.

The blasts were heard less than a week after Ukrainian forces liberated Kherson city in southern Ukraine. They established “fire control” over the Russian military’s supply routes from the Kherson region to Crimea, occupied by Russia since 2014.

The blasts were heard in the town of Dzhankoy in northern Crimea, as air defense systems were activated.

Explosions are being reported in occupied #Dzhankoi, #Crimea. Allegedly, a #Russian airfield was hit. pic.twitter.com/0QBZRxJplS

In August, Ukraine hit the Saky airbase in Crimea, destroying up to half of the Russian Navy’s Black Sea air fleet. Ammunition depots were struck, including in Dzhankoy, and there were attacks on logistical centers and even the Russian headquarters in Sevastopol.

The attacks paved the way for the Ukrainian counter-offensive in the Kherson region, which began in late August.