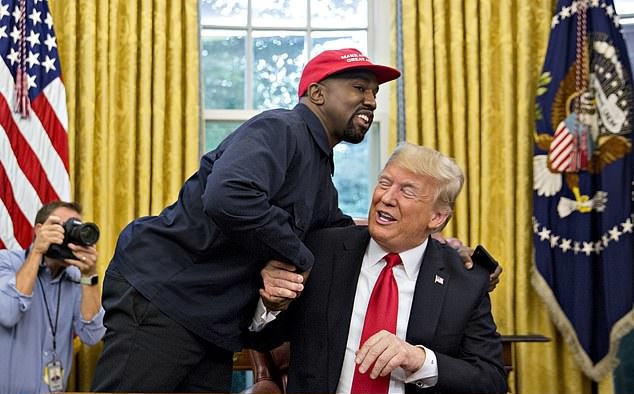 Kanye West and Donald Trump having a laugh in the White House, October 11, 2018 (Bloomberg/Getty)

I joined Monocle 24’s Georgina Godwin to evaluate Kanye West’s latest cry for attention: a run for the US Presidency in 2024.

In addition to tracking the decline of Kanye/Ye from artist to loud guy shouting on social media, I discuss the serious side of the damage of “celebrity politics” in the US — as another guy named Donald Trump hosted a dinner for West and white supremacist/Holocaust denier Nick Fuentes at Trump’s Mar-a-Lago resort in Florida.

Rather than talk about housing, education, health care, gun control, abortion, immigration, the war in Ukraine — we talk about these personalities.

And so Trump, the ultimate “celebrity politician”, turned dialogue and discussion into Twitter attack politics.

We have to get away from this idea of the next pop star or wanna-be businessman as President.