EA on Turkey’s ANews: What Future Now for Scottish Independence? 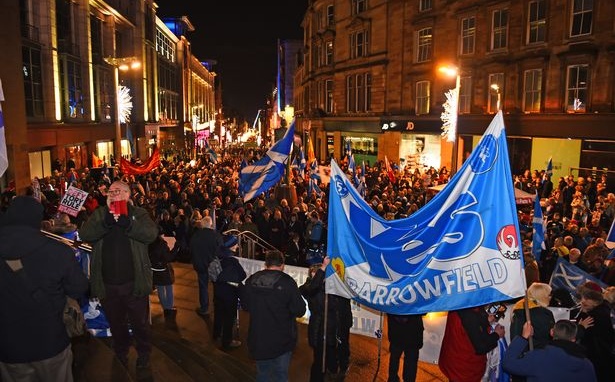 Last week the UK Supreme Court blocked a referendum for Scottish independence, saying that only Britain’s Conservative Government — highly unlikely to give permission — can authorize a vote.

I spoke on Turkey’s ANews about the future for those seeking an independent Scotland and how — amid the changed political, economic, and social environment of Brexit Britain — the movement may be restricted but not will not be halted.

Scott Lucas from the American University in Birmingham is joining us now to discuss the Scotland referendum.

They will take the case to the next UK General Election. By voters choosing more Scottish Nationalist Party candidates and returning them to Parliament in London, it will show a growing strength of support for Scottish independence.

The SNP and their supporters believe time is on their side.