With Ukraine Invasion in Trouble, Russia Moves Forces Out of Syria 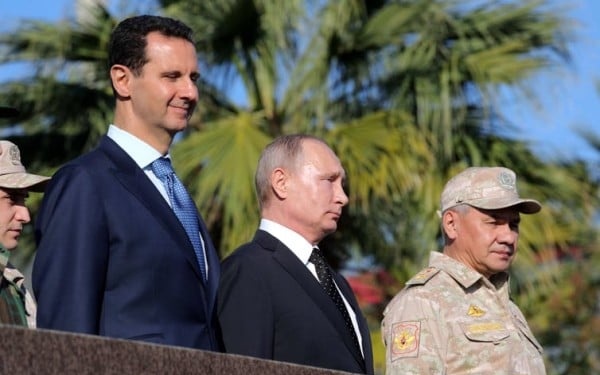 Trying to salvage Vladimir Putin’s invasion of Ukraine, Russia’s military is moving essential military hardware and troops out of Syria.

The movement gives even more space for Israel to carry out its periodic aerial attacks on Assad regime and Iranian targets.

Two of the officials said two Russian battalions, between 1,200 and 1,600 soldiers, were withdrawn. The other said the total is far more.

The Israeli official said several Russian commanders have been redeployed to Ukraine. Russia’s military leadership in Moscow is less involved in day-to-day management of operations in Syria, including coordination with Israel over “deconfliction” arrangements.

The withdrawn troops have been replaced with military police, said the official.

Russia’s military intervention in September 2015 prevented the fall of Bashar al-Assad from power and the collapse of regime armed forces. Killing thousands of civilians, Moscow’s force enabled the regime to regain opposition territory through intensive bombing, sieges, and ground assaults.