UPDATES: EA on Monocle 24 and BBC — The Poisonous Rise and Downfall of Alex Jones 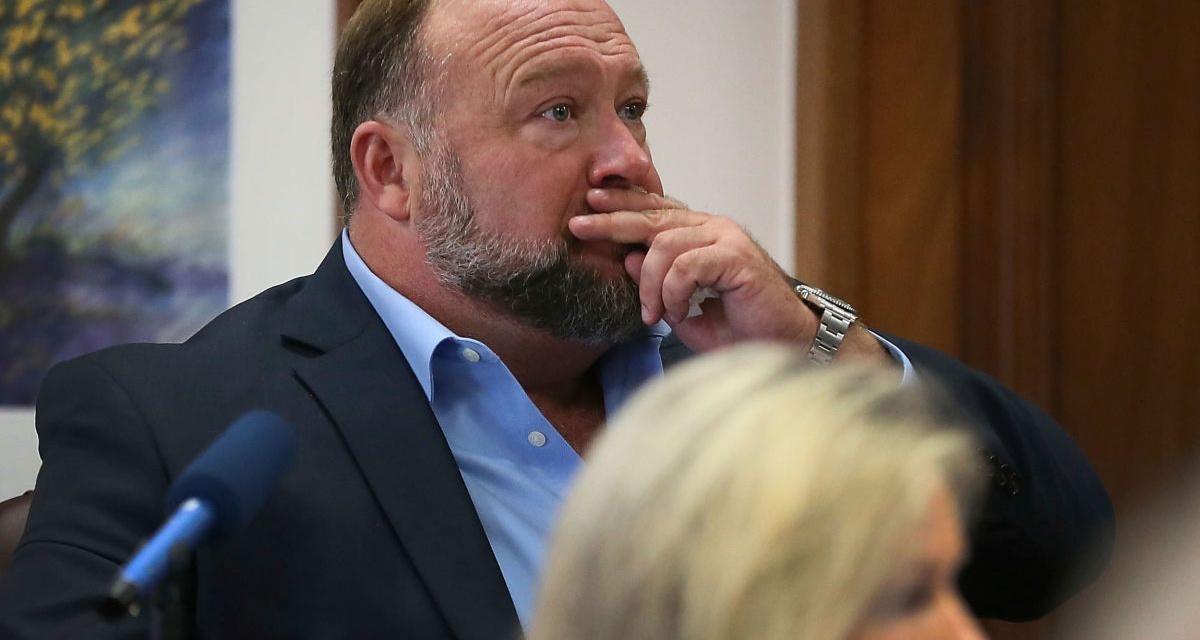 Conspiracy theorist Alex Jones has been ordered to pay more than $965 million to the families of eight victims of the Sandy Hook mass killing in December 2012.

The victims were among 20 children and six teachers killed at the primary school in Connecticut. On his radio show, Jones said the shootings were a Government hoax and the families were crisis actors.

As the court clerk read the awards to each of 15 plaintiffs, the families and their lawyers sat in silence. After the court was adjourned, they hugged each quietly as they wept.

Of the damages, $120 million went to Robbie Parker. Jones targeted Parker as an actor whose televised tribute to his slain daughter Emilie was “disgusting”. Parker has endured online abuse, harassment, and death threats.

For anybody that still chooses to listen to that man, just ask yourself, what has he ever given you?

Damages were also awarded to an FBI agent whom Jones assailed with his falsehoods.

A forensic economist estimated in August that Jones is worth a maximum of $270 million, as the conspiracy theories put his parent company, Free Speech Systems, into bankruptcy.

Jones has annual revenues of more than $50 million, largely from pitching diet supplements, survivalist gear, and gun paraphernalia on his broadcasts. He used the Connecticut trial and this summer’s case in Texas — where he was ordered to pay two Sandy Hook parents about $50 million — to solicit donations to his legal fund and to boost his product sales.

The jury in Texas has ordered conspiracy theorist Alex Jones on Friday to pay $45.2 million in punitive damages to the parents of 6-year-old Jesse Lewis, killed in the 2012 mass shooting at Sandy Hook Elementary School.

Friday’s award is on top of $4.1 million compensatory damages on Thursday.

On Thursday, a jury in Texas awarded Scarlett Lewis and Neil Heslin — the parents of 6-year-old Jesse Lewis, who was among the 26 victims of the December 2012 mass killing at Sandy Hook Elementary School — $4.1 million in compensatory damages against conspiracy theorist Alex Jones.

Another trial will be held to discuss punitive damages, and Jones faces another lawsuit brought by a group of Sandy Hook parents.

I discussed the latest developments on Friday with BBC Radio Foyle and BBC Radio Scotland.

ORIGINAL ENTRY, AUGUST 4: I joined Monocle 24’s Markus Hippi on Friday to analyze the trial of disinformation warrior and conspiracy theorist Alex Jones, assessing the damages that he will have to pay for his false claims about the December 2012 mass killing at Sandy Hook Elementary School in Connecticut.

I explain the multiple cases against Jones, with the first seeking $150 million for his defamation of the 26 victims and their families. But I add that while he may finally be accountable over Sandy Hook, his poisonous legacy is now virulent in US society and politics.

This hasn’t removed the poison from the system, even if the poisoner is in the defendant’s seat.

When there are tragic events, horrific events, events that take 1000s, 10,000s of lives, people will grab for explanations to avoid reality.

See also “Let Us Be Decent Where He Was Indecent”: Rush Limbaugh’s Poisoning of America