“Let Us Be Decent Where He Was Indecent”: Rush Limbaugh’s Poisoning of America 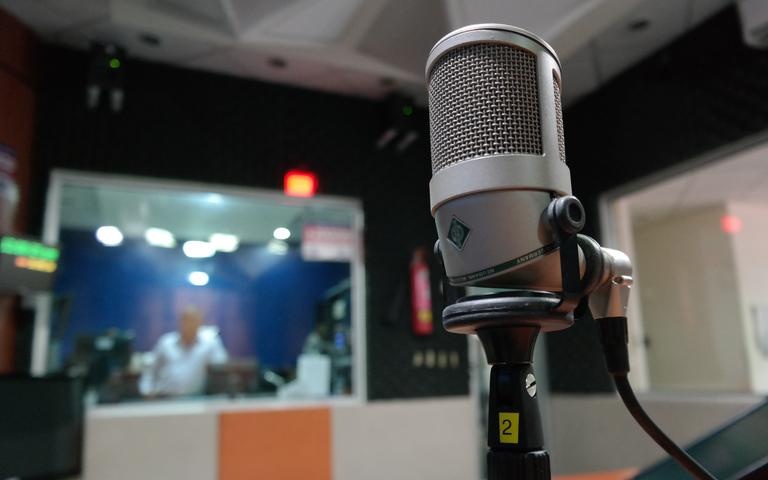 Let us not speak of Rush Limbaugh as an infamous man.

But let us speak — honestly — of his words and actions. Let us reflect on the poisoning of American politics and society, feeding the toxic destruction in the years before the radio polemicist’s death on Wednesday.

Let us not hide that poison with the sugar-coated labels of “voice of American conservatism” or “conservative talk radio pioneer“. Let us not dilute it with “provocative US radio host“.

These words are not a shroud for Limbaugh. They are a shroud for racism, xenophobia, and misogyny. They wrap up hatred of those who pursues rights for people of color, for women, and for the LGBT community. They let Limbaugh’s white supremacy have a decent burial, even as that white supremacy is not just alive but seething.

For almost 30 years, Limbaugh built his career and influence upon racist language, which some reviled but many others celebrated and championed. He cast slurs upon Martin Luther King, Nelson Mandela, and Colin Powell. He sneered at civil rights leader Jesse Jackson, “Have you ever noticed how all composite pictures of wanted criminals resemble [him]?” He tried to tear down President Obama, the “angry black guy” and the “halfrican American”, with his song “Barack the Magic Negro”.

His “humor”, commemorated yesterday by his admirers, sank to telling an African American female caller, “Take that bone out of your nose and call me back.”

The hate was not confined to Blacks. He spat at Latinos, “Let the unskilled jobs that take absolutely no knowledge whatsoever to do — let stupid and unskilled Mexicans do that work.” He linked his hatred of Obama and of “Arabs”: he declared that Obama was not Black but, worse, Arab because Kenya — where Obama’s father was born — is an Arab region (Arabs make up less than 1% of the Kenyan population.

The Mangling of “Conservatism”

Let us not hesitate. Limbaugh was not a journalist, a reporter, or an analyst. He realized that he was an entertainer dealing in the perverse and pernicious of half-baked lies, angry monologues, and relentless personal attacks.

It is this that made him a “voice of American conservatism”, not because he represented it but because he chewed it, laced it with venom, and regurgitated it for three hours every weekday across almost 600 US stations and outlets abroad, including the Armed Forces Radio Network.

His discourse — far too neutral a word for his product — fed Trumpism, QANON conspiracy theories, racists, anti-Semites, Islamophobes, and every nutjob who believed he or she was ennobled by the announcer’s words.

Limbaugh was a precursor to Trump with insults, sarcasm, and blatant falsehoods. Those beyond his “Dittohead” devotees were communists, femiNazis, extremists, and radicals. Political identities such as “liberal” and “socialist” became enemies of the people — Limbaugh’s “people”, magnified by the Demon of Oz, into all good Americans.

Long before Donald Trump mocked a disabled journalist, Limbaugh mocked the tremors of the actor Michael J. Fox, who suffers from Parkinson’s disease, mocking his tremors. As the AIDS epidemic raged in the 1980s, he celebrated each death with whistles and bells. He called the 12-year-old Chelsea Clinton a dog.

Limbaugh never paused because he was never checked, not even when he — having vented fury upon any person convicted of drug possession — admitted to an addition to OxyContin. As his ratings rose, so did the fortunes of Republicans in Congress who rode his attacks to office. GOP leaders credited him for their success in taking Congressional control in 1994.

Limbaugh was rewarded during Trump’s 2019 State of the Union speech with the Presidential Medal of Freedom, the nation’s highest civilian honour, and the accolade of “a special man beloved by millions”.

So even in his last, terminal months, Limbaugh piled on the division and animosity. Shaping, possibly preparing “his” America for the Capitol Attack on January 6, he suggested that the US faced civil war between liberals and conservatives. He pronounced, “There cannot be a peaceful coexistence”.

“Let Us Be Decent”

Limbaugh’s legacy is in the scripts and acting of those to whom he played spiritual Godfather: Sean Hannity, Tucker Carlson, and the wanna-be celebrity demagogues at Breitbart, Newsmax, One America News Network, and other upstart poisoners and conspiracy mongers.

Let us not speak of the man today. Let us speak of the hate, paranoia, and lies. Let us mark the xenophobia and white supremacy, a tearing down of democracy and the rule of law even as Limbaugh claimed to be its most resolute defender.

And tomorrow let us turn away from the deceased to say no more. There are the pressing matters above his grave: the venom to be neutralized, the insults to be converted into respect, the hostility to be replaced with tolerance.

Let us be decent even more than he was indecent.