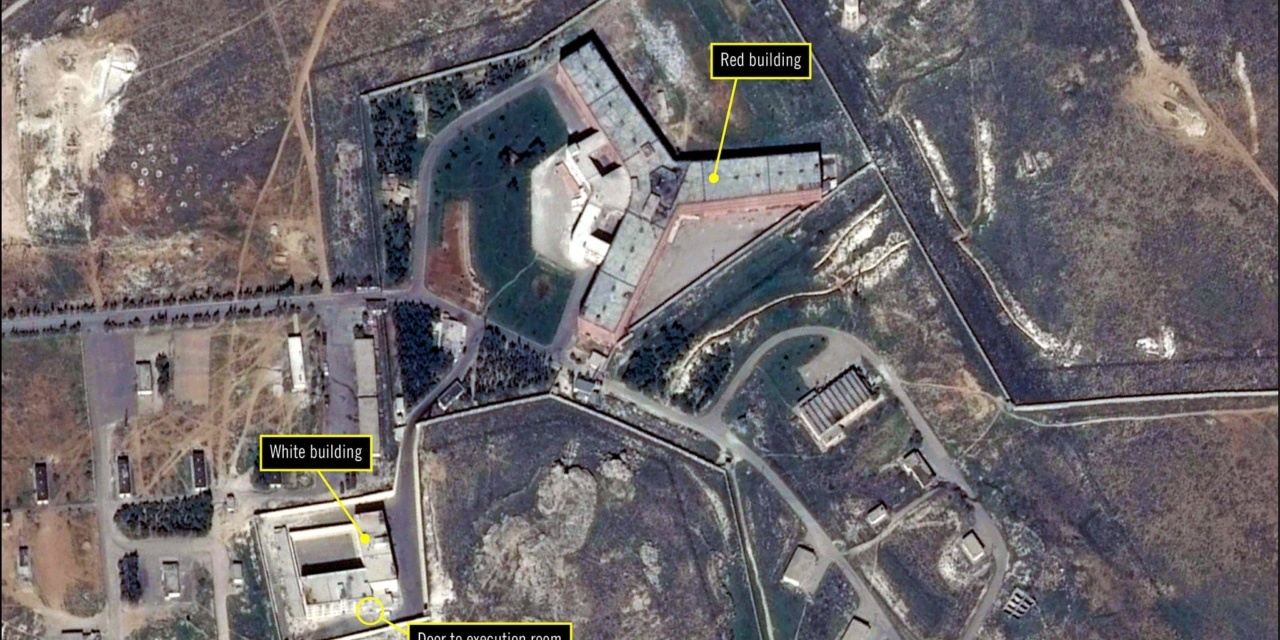 A new report estimates that more than 30,000 detainees were executed or died from poor conditions at the Assad regime’s Sednaya military prison from the start of the Syrian uprising in 2011 to 2018.

The Turkish-based Association of Detainees and the Missing of Sednaya Prison details the killings and deaths, as well as the prison’s chain of command, layout, fortification, and administrative structure.

The report is based on 31 interviews, a total of more than 200 hours, with survivors and with former prison staff — including some who had senior positions — who have defected.

In a mountainous area north of Damascus, the 1.4 square km prison has hundreds of guards. The outer walls are protected by military police and the Assad regime army’s Third Division. About 40 to 50 troops of the 21st Brigade secure the prison perimeter between the inner and outer walls. Other units patrol the inner part of the prison and monitor and discipline detainees.

The prison is ringed by two minefields, an outer field of anti-tank mines and an inner field of anti-personnel mines. A specialist unit monitors all incoming and outgoing landline and wireless communications and nearby radio transmissions.

The nearby Tishreen Military Hospital disposes of the bodies, moved in refrigerated “meat trucks” to mass graves. Those tortured to death or who have died from sickness or starvation are in prison cells for up to 48 hours before being transferred to the “salt rooms” with only a number written on their foreheads. Families never received the bodies of relatives.

This unprecedented report into the inner workings of #Assad's Sednaya Prison includes many powerful insights — but the satellite imagery showing the enormous growth of mass graves in Qatif & Nagha outside #Damascus is perhaps the most disturbing… and damning. pic.twitter.com/r0iGYpexxD

Shadi Haroun, a survivor of the prison and a Programme Manager at ADMSP, explains:

Sednaya prison is a death camp that has borne witness to heinous crimes against humanity, including mass killings of detainees, torture and other cruel and inhumane treatment.

For detainees, each day of their life was a day of suffering and torment – from being tortured by sadistic guards to being starved, stripped of their clothes and deprived of health care. They expected to die at any moment.

This report not only preserves the memory of their suffering but could also play a role in ensuring accountability for these crimes.