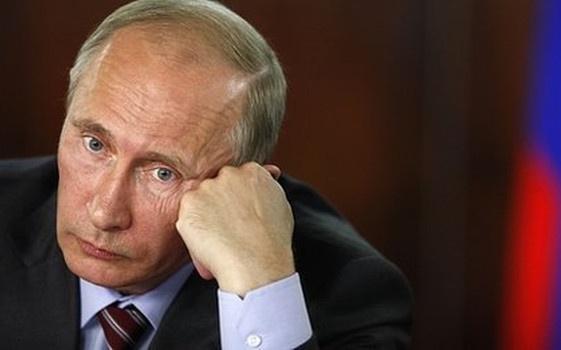 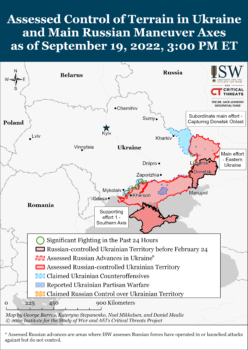 The head of the Russian Orthodox Church, Patriach Kirill, says Russian soldiers who die in the invasion of Ukraine will have their sins absolved.

Kirill, an ally of Vladimir Putin, said in his first address about Putin’s mobilization order.

The Church prays that this battle will end as soon as possible, so that as few brothers as possible will kill each other in this fratricidal war.

But at the same time, the Church realises that if somebody, driven by a sense of duty and the need to fulfil their oath, goes to do what their duty calls of them, and if a person dies in the performance of this duty, then they have undoubtedly committed an act equivalent to sacrifice.

They will have sacrificed themselves for others. And therefore, we believe that this sacrifice washes away all the sins that a person has committed.

Kirill did not say if absolution also applied to Ukrainian soldiers.

The UK has announced 92 sanctions on Russian oligarchs and on Russian-installed officials in occupied areas in eastern and southern Ukraine, amid the staged “referenda” on annexation by Moscow.

UK Foreign Secretary James Cleverly said, “Sham referenda held at the barrel of a gun cannot be free or fair and we will never recognise their results. They follow a clear pattern of violence, intimidation, torture, and forced deportations in the areas of Ukraine Russia has seized.”

Sanctioned Russian oligarchs include the “kings of Russian real estate”, God Nisanov and Zarakh Iliev, who have a net worth totalling £6.3 billion ($6.8 billion). Board members from Russian state organizations are also named.

The head of the local military draft committee in the town of Ust-Ilimsk in Siberia has been shot by a Russian man refusing to fight in Ukraine.

Video showed the commandant being carried from the building and placed on to a stretcher. Irkutsk Governor Igor Kobzev wrote that he was in critical condition.

Six draft centers have been burnt in arson attacks in the last week.

UK military intelligence has added to the pessimism over the effectiveness of Vladimir Putin’s “partial mobilization” (see Original Entry):

Unlike most western armies, the Russian military provides low-level, initial training to soldiers within their designated operational units, rather than in dedicated training establishments….

Japan has banned exports of chemical weapons-related goods to Russia and added 21 Russian organisations such as science labs to its sanctions list.

Citing a source in the Putin Administration, Novaya Gazeta says 261,000 men left Russia in the four days after the announcement of “partial mobilization” last Tuesday.

The source said the figure is in the latest certificate from the State security service FSB, covering the period from Wednesday to Saturday evening.

ORIGINAL ENTRY: The Institute for the Study of War analyzes the failing “partial mobilization” of Vladimir Putin using the context of four previous, smaller failures before and during the invasion of Ukraine.

Putin announced a “partial mobilization” of up to 300,000 reservists last Tuesday. Implementation has been haphazard, amid reports that the Kremlin is actually seeking one million call-ups, with authorities sweeping up those who are exempt from the mobilization, working in protected specialisms, or even suffering from long-term medical conditions.

Military analysts assess that even if the call-up does bring people to the frontline in Ukraine, they are unlikely to be effective. The analysts cites hasty, insufficient training and long-term Russian problems with supply, logistics, command, and morale.

The ISW summarizes the likely fate of the fifth, largest Putin effort in the face of Ukraine’s counter-offensives in the northeast, east, and south:

The most recent “partial mobilization” will draw mainly on Russians who have demonstrated that they do not wish to fight by their failures to join “volunteer battalions” or enter the BARS program. It may also be drawing on less-qualified involuntary reservists as well, assuming previous involuntary mobilizations pulled in the readiest individuals….

Protests and resistance to involuntary mobilization also reflect Putin’s repeated and surprising failures to prepare his population for a major war….

Russia will mobilize reservists for this conflict. The process will be ugly, the quality of the reservists poor, and their motivation to fight likely even worse.