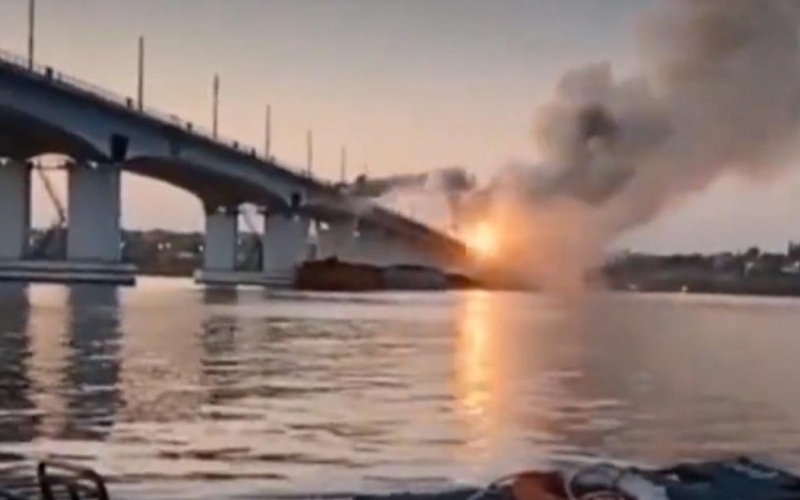 A Ukrainian strike on the Antonovskiy Bridge, a key link for the Russian military in the occupied Kherson region (CNN)

I joined Australia’s The World on Tuesday to analyze the latest in the Russian invasion of Ukraine, beginning with the Ukrainian counter-offensive in the south.

I explain to Yvonne Yong how and why Ukrainian forces are beginning to regain territory and, more importantly, diminish Russia capabilities.

We are not looking at a counter-offensive that succeeds within days or even weeks but one which over the next few months will slowly grind the Russians down.

That leads to a discussion of Russia turning to North Korea for supplies of weapons and munitions. I highlight how Moscow’s military difficulties are accompanied by a sharp economic downturn, with internal Government documents forecasting a fall in GDP of up to 11.9% and no recovery to pre-invasion levels until 2030.

Does that mean Russia is defeated? I consider Vladimir Putin’s last card: an energy war on Europe to try and erode support for Ukraine’s resistance — and now possible victory.