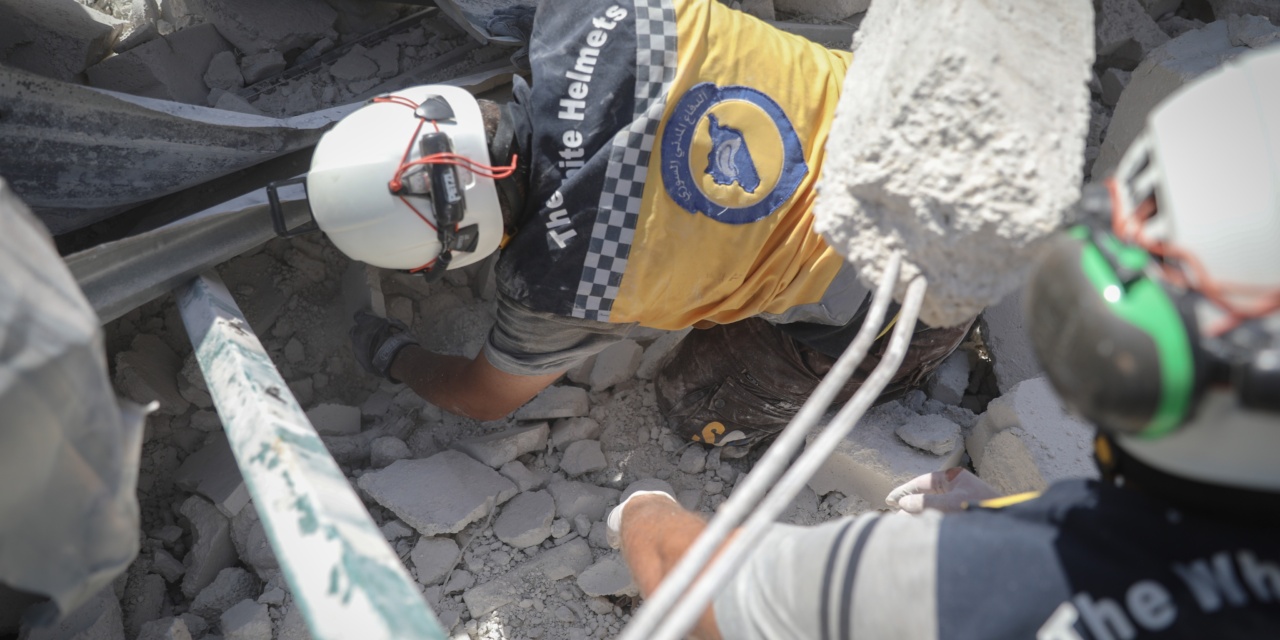 Russia and the Assad regime killed at least seven people, including two children, in opposition-held Idlib Province in northwest Syria on Thursday.

Another 15 people were reportedly injured in the strikes on a stone quarry and a house in the village of Hafsarja, west of Idlib city.

Today’s attack by regime and Russia was done through surface-to-surface missile (9M79 Tochka) carrying (9N24) cluster bombs. About 40% of cluster bombs do not explode on site, leaving a deadly legacy for the future of Syria and anyone who stumbles upon the unexploded cluster bomb.

Mohammad al-Mohammad, a resident of Hafsarja, said, ”We wanted to try to save the wounded, but we couldn’t because the jets were in the sky and kept launching attacks.”

The first moments of our teams’ response to the massacre perpetrated by Russian warplanes today after targeting a sawmill in the village of Hafsarja in #Idlib, #Syria which killed 7 civilians, including a child, and wounded more than 12 others pic.twitter.com/NmdMiQzlm3

After Russia’s military intervention in 2015 saved the Assad regime, Moscow and Damascus killed thousands of civilians and displaced hundreds of thousands as they reoccupied territory across northwest Syria.

The attacks diminished after a ceasefire agreement in February 2020 between Russia and Turkey, the main backer of anti-Assad factions in Idlib and Aleppo Provinces, ended an 11-month Russian-regime offensive. Most of Idlib and part of Aleppo is still held by the opposition.

However, Russia has periodically carried out aerial attacks.

Under pressure from the German, French and Turkish governments, Putin seemed largely to have stopped bombing civilians in Syria's Idlib province in March 2020, but a new round of killing raises the question: will targeting of civilians in Idlib now resume? https://t.co/dXvXgn4pZd pic.twitter.com/nke516yNxr