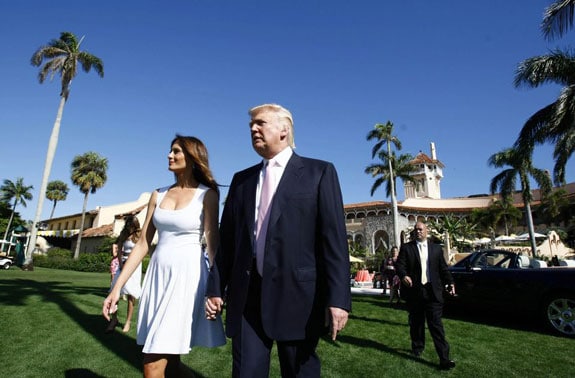 The Justice Department has released the affidavit behind the search warrant, with redactions, for the recovery of classified documents from Donald Trump’s Mar-a-Lago resort in Florida.

The Department released the affidavit to comply with Thursday’s order by a federal magistrate judge.

The affidavit explains an FBI investigation established that 15 boxes of documents, obtained by the National Archives in January 2022 after more than a year of efforts to recover them from Mar-a-Lago, had “classification markings which appear to contain National Defense Information…and were stored at the premises in an
unauthorized location”.

Thus, the Department concluded, “there is probable cause to believe that the locations to be searched at the premises contain evidence, contraband, fruits of crime, or other items illegally possessed”.

Most of the document is withheld, with the Justice Department giving five reasons: 1) protection of witnesses; 2) protection of the investigation “road map”; 3) protection of material before a grand jury; 4) safety of law enforcement personnel; and 5) privacy of interests.

The US Government has recovered more than 300 classified documents from Donald Trump since he left the White House, according to “multiple people briefed on the matter”.

The sources said the first group of documents retrieved by the National Archives from Trump in January included more than 150 marked as classified, triggering concern at the Justice Department that he was retaining more documents concerning national security.

The 15 boxes which Trump finally turned over to the Archives in January, almost a year after he left office, included documents from the CIA, the National Security Agency and the FBI.

After months of further negotiations, aides to Trump handed over a few dozen sensitive documents during a visit to Mar-a-Lago by Justice Department officials in early June.

But earlier this month, FBI agents executed a search warrant and found another 26 boxes, including 11 sets of material marked as classified. Four sets were top secret, and one had the highest level of Government classification, Top Secret/Sensitive Compartmented Information.

At least one lawyer for Donald Trump signed a written statement in June declaring that all classified material held in Trump’s Florida residence and resort had been returned to the US Government.

“Four people with knowledge of the document” said the declaration was made after a June 3 visit to the Mar-a-Lago resort by Jay Bratt, the top counterintelligence official in the Justice Department’s National Security Division.

Jay Solomon, a right-wing writer used for years by the Trump camp to spread propaganda and disinformation, read a statement from Trump’s office insisting there was a “standing order” that “documents removed from the Oval Office and taken to the residence were deemed to be declassified the moment [Trump] removed them”.

Current US officials reiterated that there was no such standing order.

The FBI executed a search warrant on Donald Trump’s Florida home on Monday because the former President is suspected of breaking the Espionage Act.

The search warrant, unsealed on Friday, confirmed that the agents were recovering top secret Government documents from Trump’s Mar-a-Lago resort.

The FBI took away 11 sets of documents, including material which is “classified/TS/SCI” — “top secret/sensitive compartmented information”.

“Sensitive compartmented information”, the highest security classification, can legally only be viewed in a secure government facility.

Trump lied on Friday that he had declassified all the material found at Mar-a-Lago. In fact, the recovered files still had their security stamps such as “top secrets” — markings which are removed when documents are declassified.

The warrant also cited Trump’s possible obstruction of a government investigation, amid the National Archives’ collection of documents for the House select committee on the Capitol Attack of January 2021.

In January, the Archives discovered that White House material was missing. Trump only relinquished 15 boxes in June, after months of discussions with his lawyers.

The warrant’s third legal area was the prohibition, in the Presidential Records Act, against a former President removing government records from the White House after leaving office. Any violation can incur a fine, a prison term of up to five years, and disqualification from holding federal office.

One “person briefed on the matter” said investigators are concerned about material from “special access programs”. The designation, even more classified than “top secret”, is reserved for extremely sensitive operations carried out by the US abroad or for closely-held technologies and capabilities.

The sources did not give details on the documents, including whether they concerned nuclear weapons held by the US or another country.

But David Laufman, the former chief of the Justice Department’s counterintelligence section, explained:

[This] would suggest that material residing unlawfully at Mar-a-Lago may have been classified at the highest classification level.

If the FBI and the Department of Justice believed there were top secret materials still at Mar-a-Lago, that would lend itself to greater “hair-on-fire” motivation to recover that material as quickly as possible.

While 15 boxes of documents were returned to the National Archives by Trump, after protracted discussions with his lawyers, a source inside Mar-a-Lago reportedly told the FBI that other boxes were still held at the resort. That tip-off may have prompted the approach to a judge for a search warrant.

Pushing back on Trump’s disinformation about the raid, Attorney General Merrick Garland said on Thursday that he is seeking judicial permission to unseal the warrant.

The public’s clear and powerful interest in understanding what occurred under these circumstances weighs heavily in favor of unsealing.

That said, the former President should have an opportunity to respond to this Motion and lodge objections, including with regards to any “legitimate privacy interests” or the potential for other “injury” if these materials are made public.

Trump posted on social media on Thursday night that the warrant should be unsealed.

Agents examined the premises, including the contents of a safe, on Monday as the Justice Department considers a criminal investigation of Trump’s financial and political activities.

“Two sources familiar with the matter” said the search warrant is connected with Trump’s potentially unlawful removal and destruction of White House records after he left the Presidency.

The Presidential Records Act of 1978 requires the preservation of White House documents. Willful and unlawful removal or destruction of Presidential records can be punished with fines, imprisonment, and disqualification from holding current or future office.

Trump’s removal of records was discovered in January, when the National Archives and Records Administration prepared to transfer records from the Trump White House to the House select committee investigating the Capitol Attack on January 6, 2021. NARA found around 15 boxes worth of materials had been improperly taken to Mar-a-Lago.

The records were eventually returned to NARA after negotiations with Trump’s lawyers. However, officials found Trump had taken documents that were clearly marked as classified and sensitive for national security.

Trump, who was at his golf club in New Jersey, revealed the search in a statement on Monday evening, “My beautiful home, Mar-A-Lago in Palm Beach, Florida, is currently under siege, raided, and occupied by a large group of FBI agents. They even broke into my safe!”

He compared the search to “Watergate” and blustered, “Radical Left Democrats…desperately don’t want me to run for president in 2024….[They] will do anything to stop Republicans and Conservatives in the upcoming midterms elections.”