EA on Times Radio: The Latest in Putin’s War on Ukraine 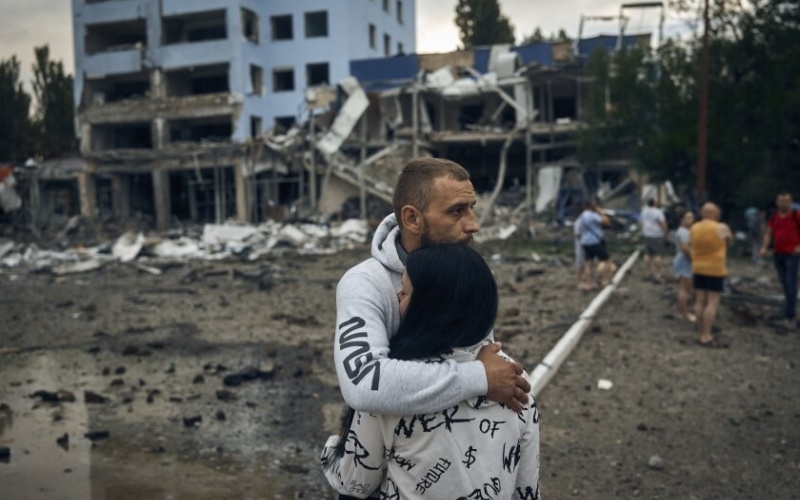 A couple comfort each other after #Russia shelling of Mykolaiv in southern Ukraine, August 3, 2022 (Kostiantyn Liberov/AP)

I joined Times Radio’s Emma Woolf on Tuesday to analyze the latest developments in Vladimir Putin’s war on Ukraine.

Listen to Discussion from 20:11

I begin by noting that we are now in a “long war” phase after Russia’s failure to occupy most of Ukraine, including the capital Kyiv, and to topple the Zelenskiy Government.

The next four months are crucial.

Because when we get into winter, Putin will play his last card. If he can’t take more territory, if he can’t break the will of the Ukrainians, if he can’t stop the military aid, he is going to try to freeze us into not supporting Kyiv.

I conclude with a look at Russian war crimes and an explanation why Putin — despite serious difficulties with Russia’s military and economic position — will persist, defying pundits who declare that “diplomacy” with the de facto partition of Ukraine must be pursued.

This idea is being pushed by a lot of people in the West who portray themselves as experts — including a fellow named Henry Kissinger — that you can just negotiate with the Russians, that there is a diplomatic route out of this….

No, there isn’t. Putin doesn’t want to negotiate. He wants to take part of Ukraine and, if he can’t, then inflict as much pain as possible.