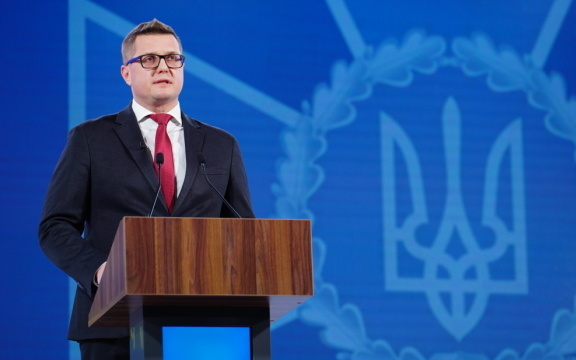 Sunday’s Coverage: Zelenskiy — “No Russian Missiles or Artillery Can Break Our Unity”

Extending Vladimir Putin’s threat to cut energy to Europe, Gazprom has told customers that it cannot guarantee gas supplies because of “extraordinary” circumstances.

The energy firm wrote last Thursday that it declared force majeure — a provision excusing it from legal obligations — on supplies from June 14.

Russian shelling killed six people in Toretsk in the Donetsk region of east Ukraine on Monday.

Rescuers retrieved five bodies from the rubble of a two-story house. Another person died in hospital.

A senior aide to President Volodymyr Zelenskiy has indicated that two top officials, Ivan Bakanov and Iryna Venediktova, have been suspended rather than fired (see Original Entry).

Andriy Smyrnov said Bakanov, the head of the domestic intelligence and security service SBU, was “temporarily removed from fulfilling his duties” while “checks and investigations” are carried out.

Asked if Bakanov and Prosecutor General Venediktova can return to their jobs, Smyrnov said, “We live in a law-abiding country, and of course I can conceive of this” if the two were cleared by investigations.

Russian forces have again bombarded Nikopol in the Dnipropetrovsk region.

Russian troops hit Nikopol several times during the night with anti-aircraft guns. More than 60 shells were directed at residential quarters and city infrastructure. One person was injured. This is a 75-year-old woman. She is in the hospital. Dozens of private residential buildings were destroyed.

Her lawyer announced the detention on Sunday. A message on the journalist’s Telegram account, posted by France, said, “Marina has been detained. There is no information on where she is.”

Three photos showed two police officers lead Ovyannikova to a white van, after stopping her while she was cycling.

Ovsyannikova subsequently posted, “Went for a walk with the dogs, just stepped outside the gate, people in uniform approached me. Now I’m sitting in Krasnoselsky ministry of internal affairs.”

Three hours later, she wrote, “I’m home. Everything is OK. But now I know it’s always best to bring a suitcase and passport if you go out.”

Ovyannikova interrupted a live television broadcast on State broadcaster Rossiya 1, shouting “Stop the war. No to war” and holding up the sign “Don’t believe the propaganda. They’re lying to you here. Russians against the war.”

See also An Iconic Pro/ztest in Russia, Live on State TV: “They’re Lying to You Here”

Ovsyannikova also posted images of herself and two dogs on her Facebook page, later revealing she had been released.

Went for a walk with the dogs, just stepped outside the gate, people in uniform approached me. Now I’m sitting in Krasnoselsky ministry of internal affairs.

Three hours later, Ovsyannikova said she had been released. “I’m home. Everything is OK,” she wrote. “But now I know it’s always best to bring a suitcase and passport if you go out.”

Ukraine President Volodymyr Zelenskiy has fired the head of the domestic intelligence and security agency, the SBU, and the Prosecutor General over dozens of cases of collaboration with Russia’s invasion.

Chatter had grown in recent days that SBU head Ivan Bakanov (pictured), a friend of Zelenskiy’s s since childhood, and Prosecutor General Iryna Venediktova would be dismissed. Confirmation came on Monday in orders on the Presidential website.

Zelenskiy cited 651 cases of treason and collaboration that have been opened against prosecutors and security personnel. He claimed more than 60 officials from the SBU and Prosecutor General’s Office were supporting the Russians in occupied areas.

He said in his nightly address to the nation:

Such an array of crimes against the foundations of the country’s national security — and the connections that have been exposed between the employees of the security agencies of Ukraine and Russia’s special services — rise very serious questions to the relevant leaders. Each of these questions will see a proper answer.

Bakonov had been one of Zelenskiy’s closest allies, having run his entertainment company and his 2019 Presidential campaign. However, the SBU came under scrutiny because of the loss of Kherson in southern Ukraine in the opening days of the Russian invasion.

Counter to Zelenskiy’s orders, Gen. Serhiy Kryvoruchko, the head of Kherson’s SBU directorate, ordered his officers to evacuate the city before it was overrun. His assistant Col. Ihor Sadokhin has been accused of telling Russian forces heading north from Crimea of the locations of Ukrainian mines. Departing in a convoy of SBU operatives to the west, Sadokhin allegedly helped coordinate a flight path for Russian warplanes.

SBU agents failed to blow up the Antonovskiy Bridge that crosses the Dnipro River, with Brig. Gen. Andriy Naumov, the head of the agency’s internal security department, fleeing abroad a few hours before the invasion.

The three former SBU officials have been charged with state treason. Zelenskiy stripped Naumov and Kryvoruchko of their ranks on March 31 and denounced them as “traitors”.

The specific actions and any inaction of each official will be evaluated. The corresponding inspection of law enforcement agencies has already yielded the first results and will be continued.