US Supreme Court Tears Up Regulations on Emissions 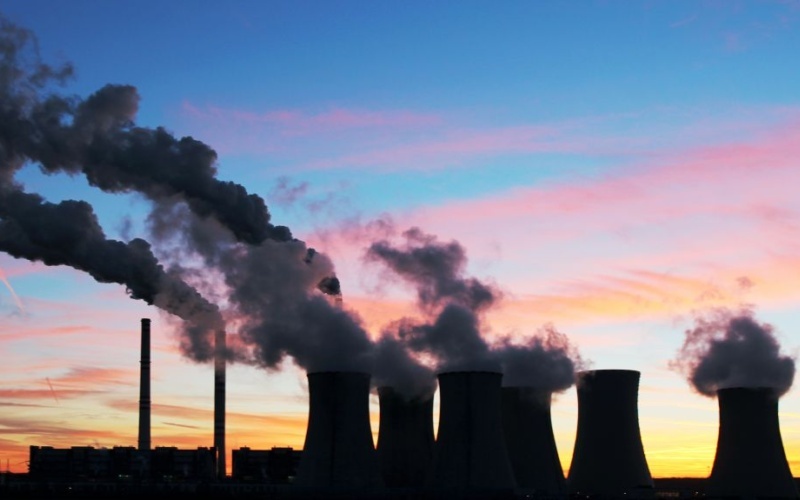 Dealing a blow to environmental and climate change policy, the conservative justices on the US Supreme Court have struck down regulations on carbon emissions from power plants.

Following the line set by the Trump Administration — with its stripping of protections for clean air, clean air, and wildlife as well as of measures to limit global warming — the conservatives blocked the Clean Power Plan of the Environmental Protection Agency in a 6-3 decision.

Even though the Clean Air Act mandates the EPA to devise the “best system of emission reduction,” the Court majority ruled that the agency lacked authorization for its plan. Chief Justice John Roberts wrote:

Capping carbon dioxide emissions at a level that will force a nationwide transition away from the use of coal to generate electricity may be a sensible “solution to the crisis of the day”. But it is not plausible that Congress gave EPA the authority to adopt on its own such a regulatory scheme.

When Congress seems slow to solve problems, it may be only natural that those in the Executive Branch might seek to take matters into their own hands. But the Constitution does not authorize agencies to use pen-and-phone regulations as substitutes for laws passed by the people’s representatives.

In a dissenting opinion for the Court’s three moderates, Justice Elena Kagan noted that the conservatives discarded the principle of interpreting laws based closely on their text, instead pursuing a political agenda against the “administrative state”.

Today, one of those broader goals makes itself clear: Prevent agencies from doing important work, even though that is what Congress directed….

The Court appoints itself — instead of Congress or the expert agency — the decisionmaker on climate policy. I cannot think of many things more frightening.

Roberts insisted that the EPA had sought “newfound power in the vague language” of the 1970 Clean Air Act, claiming there was no authority for the agency to force electric utilities to switch from coal to solar, wind, and other renewable forms of generation.

In selecting those words, Congress understood — it had to — that the “best system” would change over time. Congress wanted and instructed EPA to keep up. To ensure the statute’s continued effectiveness, the “best system” should evolve as circumstances evolved — in a way Congress knew it couldn’t then know.

President Joe Biden said he will “continue using lawful executive authority, including the EPA’s legally-upheld authorities”, will work with cities and states to pass laws, and will “keep pushing for additional Congressional action, so that Americans can fully seize the economic opportunities, cost-saving benefits, and security of a clean energy future”.

The ruling also signals the Court’s intention to remove Government provisions in other areas of environmental, economic, and social security.

The conservatives signalled their intentions in rulings last year that blocked the Centers for Disease Control and Prevention’s moratorium on evictions during the coronavirus pandemic, and that overruled the Occupational Safety and Health Administration’s requirement that large employers get workers vaccinated or provide testing.

“This is an intentional fight on the administrative state that is the same fight that goes back to the New Deal, and even before it to the progressive era — we’re just seeing its replaying and its resurfacing,” noted Gillian Metzger, a Columbia University professor.

In Thursday’s decision, Chief Justice Roberts raised the bar for Government agencies issuing regulations. He said they must have “something more than a merely plausible textual basis”: “The agency instead must point to ‘clear Congressional authorization’ for the power it claims.”