UPDATE: Protests Spread Across Iran Over Surge in Food Prices 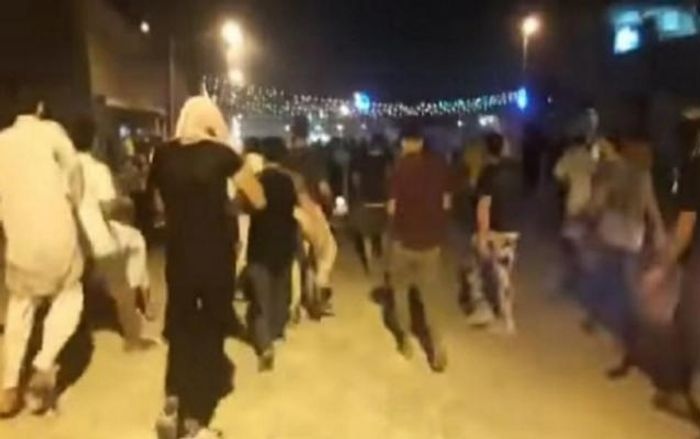 Social media posts pointed to demonstrations in several provinces on Thursday, including in Farsan in central Iran and Shahr-e Kord and Hafshejan in the west. In Dezful in Khuzestan Province in southwest Iran, where protests began last week, a rally chanted, “Fear not, fear not, we are in this together.”

Footage shows at least six people killed and dozens wounded. Iranian officials have issued no comment, apart from a legislator who said one protester was slain in Dezful.

A senior police official, Qasem Rezai, warned, “Illegal gatherings were intolerable and will be confronted.”

Protests continue to spread in Iran over rising food prices after the sudden end of Government subsidies.

Demonstrations were reported on Sunday in at least 40 cities and towns across the country. The initial protests in south and southwest Iran were joined by areas such as the town of Quchan in northeast Iran near the Turkmen border; Rasht in the north; and Hamedan in the west.

Residents in the capital Tehran reported a heavy presence of security forces.

Authorities continue to restrict the Internet in areas with demonstrations, reported NetBlocks.

Another evening, another round of protests in Iran. The video below shows protesters in Shahr-e Kord chanting "death to Raisi" after a sharp rise in the prices of food staples. There are now reports of internet disruptions in the city. https://t.co/N9G5Rvg3tz

Iranian authorities have arrested at least 22 people protesting the sharp rise in food prices, according to State media

In early May, the price of flour rose by 500% as the Government removed subsidies on imported wheat. On Thursday, the Government cut subsidies for cooking oil, chicken, eggs, and milk, prompting price rises of 300%.

Iranians anticipated the step after President Ebrahim Raisi’s appearance on State TV on Monday, saying subsidies will be replaced by electronic coupons for rationed supplies. They waited in long lines on Wednesday for bundles of food, emptying supermarket shelves and stuffing basic goods into large plastic bags.

IRNA also acknowledged that 200 people had gathered in Andimeshk in Khuzestan, claiming that one firefighter was injured after demonstrators threw stones at security forces. The site asserted that demonstrators in Izeh in southern Iran attacked shops and tried to set fire to a mosque.

IRNA also noted gatherings in other cities, including in Tehran Province.

NetBlocks.org said Iranian authorities continues to restrict the Internet in areas of protest.

The price rise has been accompanied by a renewed fall in the Iranian currency towards its historic low.

The rial had recovered last year, after the low of 318,000:1 v. the US dollar, because of the prospect of a renewed nuclear deal. But with the Vienna talks stalled and no prospect of an immediate resolution, the rial broke the 300,000 mark on Thursday, ending at 307,500:1.

ORIGINAL ENTRY, MAY 9: Food prices are surging in Iran, amid the Government’s termination of subsidies for imported wheat.

Since the subsidies ended on May 1, the price of flour has risen by about 500%. That in turn has driven up the price of bread, pasta, confectioneries, and other flour-based products. Images of empty shelves in bakeries and groceries are circulating on social media.

The shock adds to an official inflation rate of 40%, which is even higher for food. The cost of rice has risen 130% and beans by 120%.

With even regime loyalists warning of unrest, protests are being reported in Khuzestan in southwest Iran. The Human Rights Activist News Agency said Iranian security forces arrested 50 demonstrators. Mobile internet services were limited, with unconfirmed reports of a curfew in the city of Susangerd.

We strongly inform you that society is not prepared for such a sudden increase in prices at this level. The turmoil in the markets in recent weeks, and especially the shocking decision by the Agriculture Ministry to increase the price of flour for industrial producers, could have social consequences and unrest.

Amid a large budget deficit, ongoing sanctions, and stalled nuclear talks, the Raisi Government decided to remove the subsidies even as domestic wheat production fell. Officials said that with prices rising abroad, Iranian producers were sending their output abroad.

Mohammad-Reza Mortazavi, the head of the Flour Producers Association, said last Monday that Iran will have to import more than 20 million tons of grain this year. Wheat imports supply about 1/3 of local demand, but prices are soaring amid Russia’s invasion of Ukraine.

Mortazavi said the country will have to increasingly turn to “Russia or the Baltic states, and even [Western] Europe” for supplies. He did not expect how this would be achieved, with no sign of an end to Vladimir Putin’s war.

Iran imported about 16.5 million tons of grain in 2021. About 50% was wheat, and the rest barley, corn, and rice. Most wheat imports came from Russia.

Facing criticism over the removal of the subsidies, the Government has stepped back. Last Wednesday, Agriculture Minister Seyed Javad Sadatinejad says some support would be reintroduced. The next day, a senior Economy Ministry official, Ebrahim Saimi, said there will be a new program so “when people buy bread, they pay the same price as before, and the government will pay for the difference”.

Neither the minister nor the official gave a date for the renewal of the subsidies.