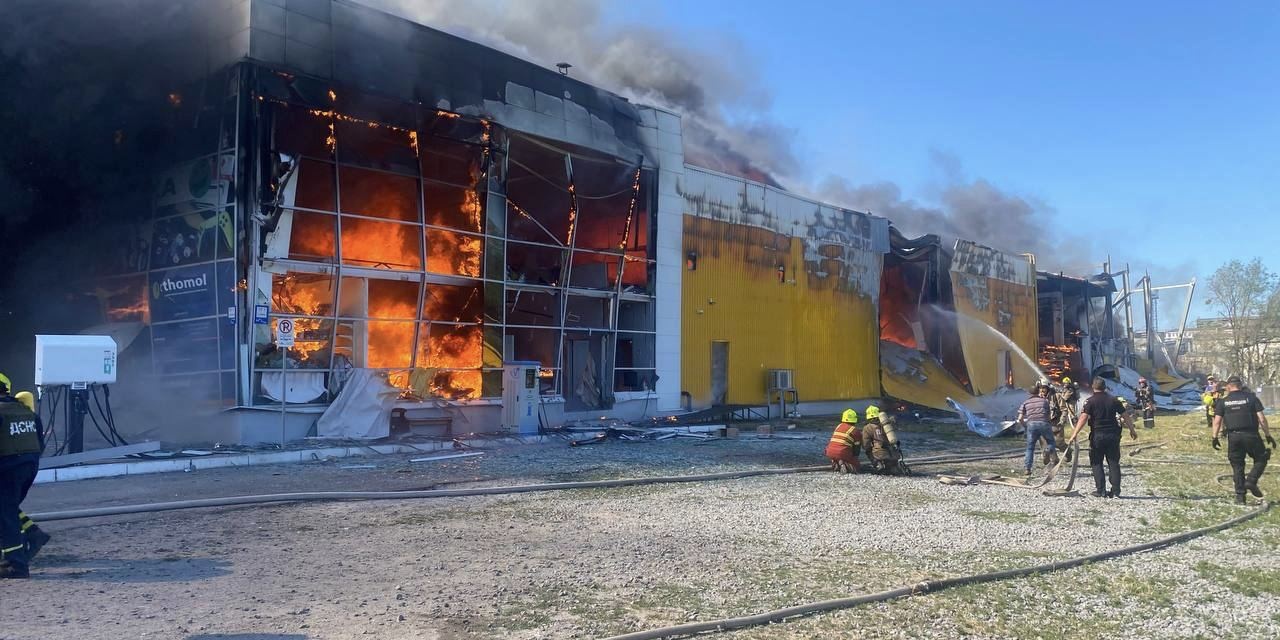 A shopping mall in Kremenchuk in central Ukraine burns after a Russian missile strike that killed at least 20 people, June 27, 2022

As Ukraine President Volodymyr Zelenskiy told the UN Security Council that Vladimir Putin is a “terrorist” leading a “terrorist state”, I spoke with ABC Australia’s Yvonne Yong on Tuesday about Russia’s escalation of missile attacks on Ukraine’s civilians.

The conversation sets the latest Russian mass killing, of at least 20 people in a shopping mall in Kermanchuk in central Ukraine on Monday, in the context of Moscow’s campaign since the start of its invasion:

Why is Russia escalating now?

The specific reason is not only to hit railways or grain warehouses, but to combine this assault on infrastructure with attacks on residential areas to terrorize civilians.

Then there’s the timing linked to international interventions. In March, when President Biden spoke in Warsaw; in April, when UN Secretary General Guterres visited Kyiv; and now with the G7 and NATO summits — as Russia fears the political and economic squeeze, it thumps its chest with these unguided missiles.

They don’t care who gets killed in the process.

See also EA on Times Radio and ANews: The G7, NATO, and Ukraine

I note that even as Ukrainians pay the highest price, Vladimir Putin’s tactic is likely to backfire.

The more that Russia terrorizes Ukraine, the more likely that you will see — what sacrifice we have to make — a greater international commitment to Ukrainian resistance.