EA on Times Radio, ANews, and BBC: The G7, NATO, and Ukraine 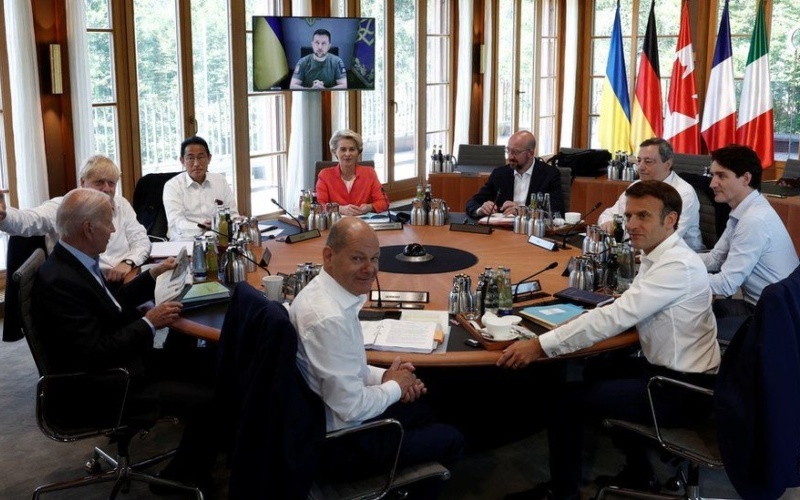 UPDATE, JUNE 29: I spoke further with BBC West Midlands’ Paul Franks on Tuesday about the situation in Ukraine amid Russian missile strikes and the G7 and NATO summits.

This is going to require a lot of sacrifice to provide economic assistance and military aid so Ukraine can resist the Russian forces.

We’ll pay higher energy prices. Food supplies will be hindered. But for all this, the greater sacrifices are being made by Ukrainians on the frontline.

This is a case of supporting a people who are threatened with being overrun and their culture buried by a man named Vladimir Putin.

ORIGINAL ENTRY, JUNE 28: I joined Times Radio’s Anna Cunningham and Turkey’s ANews to discuss this week’s G7 and NATO summits and how they are addressing the Russian invasion of Ukraine.

Speaking with Times Radio on Tuesday morning, I assessed the political and economic steps by the G7 leaders as Russia pursues a last-gasp offensive in eastern Ukraine and steps up deadly missile attacks across the country.

These steps show a commitment which has to be matched, symbolically and in real terms, by continuing military aid to Kyiv.

Listen to Discussion from 9:38

In a discussion with ANews on Monday, I anticipated the three-day NATO summit that begins in Madrid on Tuesday. I evaluate the bolstering of alliance forces in eastern Europe, and the advance of Sweden and Finland towards membership despite the maneuvers of Turkish President Recep Tayyip Erdoğan.

Professor of American studies at the University of Birmingham @ScottLucas_EA discusses the upcoming NATO summit. pic.twitter.com/0gAuIu7Yu0