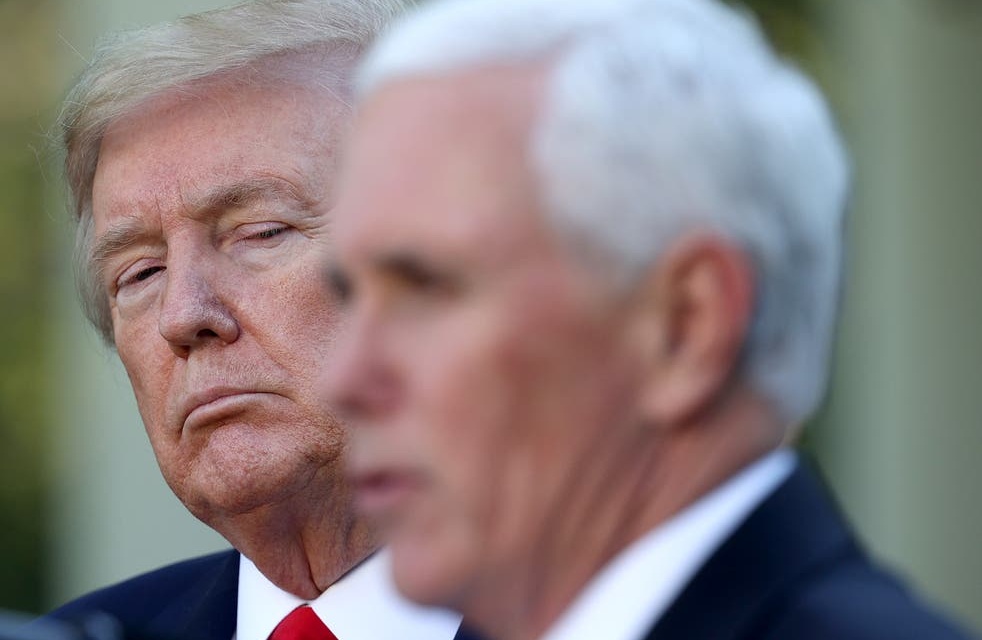 Donald Trump persisted with his plan to block the certification of Joe Biden as President, even when told by aides that it was illegal.

Trump’s plot — including sustained pressure on Vice President Mike Pence to stop the Congressional confirmation on January 6, 2021, the day of the Capitol Attack — was detailed in the third day of the House select committee’s hearings on Thursday.

Trump continued his attempt even as the invaders of the Capitol threatened the lives of Pence and legislators, testimony established in the three-hour session.

Pence refused to consider the scheme. So on January 6, in a speech outside the White House, Trump derided his Vice President and told the crowd to “Stop the Steal” — at the same time that his supporters was preparing to assault the Capitol.

Pence’s Vice Presidential counsel Greg Jacob testified that even Eastman acknowledged that his plan was not legal. Eastman initially said that two of nine Supreme Court justices would support his argument, but he gave way to Jacob’s assurance that the Court would unanimously rule against Trump.

I said, “John, if the Vice President did what you were asking him to do, we would lose nine to nothing in the Supreme Court, wouldn’t we?”

And after some further discussion, he acknowledged, “Well, yeah, you’re right, we would lose nine to nothing.”

The Committee presented a January 11, 2021 from Eastman to Trump’s lawyer Rudy Giuliani seeking a pardon from Trump — an indication that Eastman knew he might face criminal prosecution, trial, and conviction over the plan.

Rep. Pete Aguilar of California said that in his deposition to the Committee, Eastman asserted his 5th Amendment right against self-incrimination “a hundred times”.

Summarizing the testimony, documents, and videos from the session, Committee chair Bennie Thompson of Mississippi said:

Donald Trump wanted Mike Pence to do something no other Vice President has ever done. The former President wanted Pence to reject the votes and either declare Trump the winner or send the votes back to the states to be counted again.

Jacob explained that in early December — before Eastman circulated his memorandum proposing how to block the certification of Biden’s Electoral College victory — Pence began inquiries about his powers and duties overseeing the Congressional session.

The Vice President quickly concluded that he had no power to intervene, but Trump continued in his “constitutional mischief”, according to Michael Luttig, a retired federal appeals judge who advised Pence.

On January 5, Trump issued a statement that he and Pence were “in total agreement that the Vice President has the power to act” to overturn the election.

Pence’s chief of staff, Marc Short, said he told Trump aide Jason Miller — who wrote the statement with Trump’s input — “I was irritated and expressed displeasure that a statement could have gone out that misrepresented the Vice President’s viewpoint without consultation.”

On the morning of January 6, Trump called Pence in his official residence. In video testimony, Ivanka Trump said her father took a “different tone” with the Vice President, calling him “the p-word” and chiding his lack of courage. Pence held firm that he did not have the authority to block the confirmation of Biden.

So Trump improvised in his speech to supporters. He told them of his morning conversation calling for Pence’s “courage”: “I hope Mike is going to do the right thing. I hope so. I hope so, because if Mike Pence does the right thing, we win the election.”

As his supporters attacked the Capitol, Trump tweeted:

Mike Pence didn’t have the courage to do what should have been done to protect our Country and our Constitution, giving States a chance to certify a corrected set of facts, not the fraudulent or inaccurate ones which they were asked to previously certify.

Inside the Capitol, attackers read out the tweet as some of them shouted, “Hang Mike Pence!”

Told about the chant, Trump told aides, “Maybe our supporters have the right idea. He deserves it.”

After Pence had been moved to a secure location, Jacob e-mailed Eastman, “Thanks to your bullshit, we are now under siege.”

But Trump’s lawyer doubled down on the plot, blaming Pence for not cooperating and calling on his staff to adjourn Congress for 10 days so state legislatures could reconsider their Electoral College votes.

The next day, when Eastman suggested a new attempt to contest the outcome in Georgia, former White House lawyer Eric Hershmann testified that he replied

Are you out of your effing mind?

I only want to hear two words coming out of your mouth from now on: Orderly transition.

Herschmann continued, “Now I’m going to give you the best free legal advice you’re ever getting in your life. Get a great effing criminal defense lawyer. You’re going to need it.”