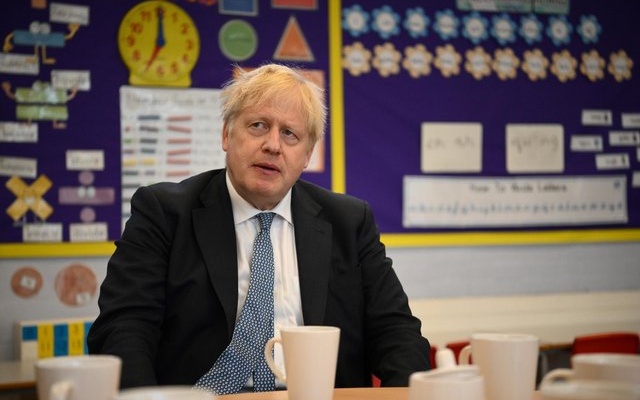 UK Prime Minister Boris Johnson sits in a primary school in Ruislip, near London, May 6, 2022 (The Scotsman)

I joined China Radio International on Monday to discuss the efforts of the UK’s ruling Conservative Party to regain the initiative — or to divert attention — after their heavy losses in local elections in England, Scotland, and Wales last Thursday.

Listen to Discussion from 36:14

I begin by highlighting the empty substance and full PR spin in the Government’s legislative proposals, repeating their proclamations of “levelling up” and “Brexit opportunities” even as Brexit’s damage adds to economic concerns.

The Government is prioritizing propaganda to cover up their problems.

Then I explain why, despite the electoral defeats, the Conservatives are not yet in a position to replace the ineffective, negligent, and law-breaking Prime Minister Boris Johnson amid Partygate and record-setting inflation.