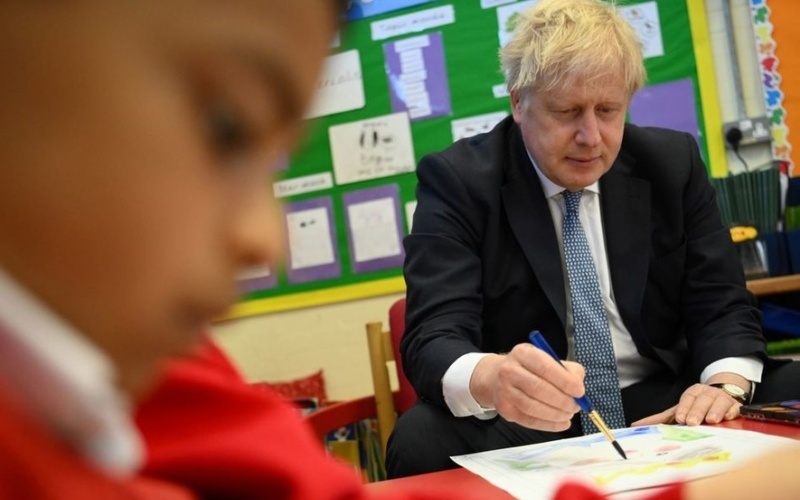 UK Prime Minister Boris Johnson draws a picture of Queen Elizabeth II at a primary school in Ruislip near London, May 6, 2022 (PA)

As results are announced in local elections across the UK, I joined India’s WION News on Friday to assess the damage to the ruling Conservative Party and Prime Minister Boris Johnson.

I explain how the Conservatives carried out damage control by misleading the media — including WION’s correspondent — about the expected scale of Tory losses. Then I evaluate the state of the nation, explaining how all opposition parties — Labour, Liberal Democrats, the Greens, and the Scottish Nationalist Party — are gaining ground.

I conclude with a review of the “dire situation”, not as much for Prime Minister Johnson as for the state of the country amid his Government’s “negligence, irresponsibility, and law-breaking”.

Boris Johnson is a wounded Prime Minister. He may not be pushed out by this, but as we suffer the Brexit shocks, and with further economic downturn this year, not just Johnson but the Tories are in serious trouble.