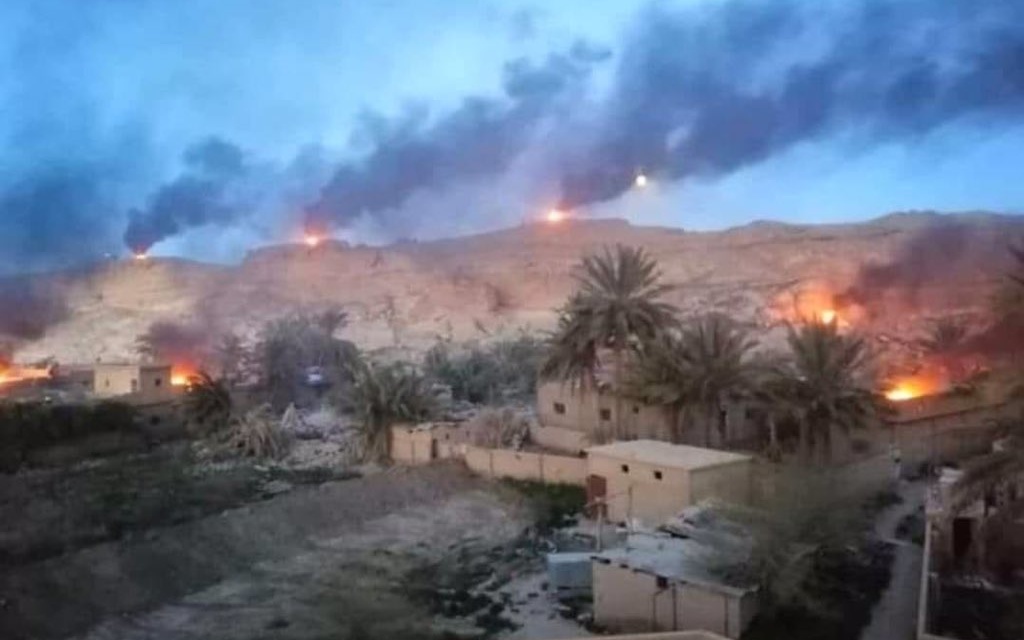 The Pentagon has cleared US commanders of any wrongdoing over the killing of about 80 people, including civilian women and children, in airstrikes in eastern Syria on March 18, 2019.

Officials said that the investigation, still mostly classified, has examined the strikes near Baghouz, the last Islamic State-held village in Syria. The attack came as the US-supported, Kurdish-led Syrian Democratic Forces were trying to take the village, prompting civilians to flee.

The inquiry was prompted by a complaint to the Defense Department Inspector General’s office, and then by revelations in The New York Times, including extensive documentation, in December 2019. Defense Secretary Lloyd Austin had warned that a lack of transparency risks undermining public trust in the Pentagon’s accountability for fatal mistakes.

Maj. Rob Lodewick, a Pentagon spokesman, said Tuesday that 56 victims were recorded from the strikes: 51 men and one child deemed to be enemy forces and one woman and three children identified as civilians. He
said two men identified as enemy fighters, 11 civilian women, and four civilian children were wounded.

The senior investigating officer investigating the Baghouz strike, Army Gen. Michael X. Garrett, found commanders did not violate any rules of engagement or laws of armed conflict, nor did they act with “wanton disregard” for human life.

Instead, Garrett concluded that the decision to strike was necessary to defend the US-supported SDF forces and that “multiple efforts to distinguish civilians from ISIS were made”. The investigator said the ground commander established hostile actions by Islamic State fighters in the area and “repeatedly received confirmation that no civilians were in the strike areas”. Thus, he was unaware that civilians “were within the blast radius” of the strike.

Pentagon spokesman John Kirby confirmed that Garrett decided there was no case to discipline any military personnel involved in the operation.

Defending decisions made under duress, Kirby said Garrett found that the ground commander made the best assessments in the situation. The spokesman insisted:

We have to have a high bar for accountability for something like this given that it was in the midst of combat in the fog of war. If you can prove that an individual deliberately caused civilian casualties and violated the wars … then of course, there will be cause for holding people accountable.

He added, “Did anybody get fired because of Baghouz? No. But it’s not because we’re trying to protect careers.”

The New York Times publishes documents of US airstrikes killing civilians in Syria and Iraq.

The strikes targeting Islamic State positions included a July 2016 attack on Tokhar in northern Syria, where more than 120 villagers — seeking sanctuary from ground fighting and bombing — were slain in houses far from the frontline.

The Times obtained the US military’s confidential assessments of more than 1,300 reports of civilian casualties. In only a handful of cases were assessments made public. There is no evidence of any finding of wrongdoing or disciplinary action. Less than 12 payments were made to injured and disabled victims or to families of the slain.

He insisted that the US military was “minimizing the risk of harm to civilians as “a strategic necessity as well as a legal and moral imperative”.

The US military has acknowledged 1,417 civilians killed by its airstrikes in Iraq and Syria in the fight against the Islamic State. But The Times found many allegations of civilian casualties discounted with little evaluation, with hundreds of deaths never recorded.

The New York Times publishes further information about the secret US military unit that killed about 80 civilians, including scores of women and children, in an airstrike in northeast Syria in March 2019.

Talon Anvil had fewer than 20 personnel at times, but it oversaw the release of 10,000s of bombs and missiles against the Islamic State inside Syria from 2014 to 2019.

The mass killing near Baghouz in March 2019, as ISIS was removed from its last village in the country, was far from the first slaying of civilians. Multiple sources said the unit circumvented rules to protect non-combatants. Casualties including farmers at harvest, children in the street, families fleeing the fighting, and villagers sheltering in buildings.

A former Air Force intelligence officer who worked on Talon Anvil summarizes, “They were ruthlessly efficient and good at their jobs. But they also made a lot of bad strikes.”

Pilots sometimes refused to carry out bombing because Talon Anvil, made up of US Army Delta Force commandos, ordered strikes on questionable targets in densel- populated areas. Senior CIA officers filed complaints with Special Operations commanders, as Air Force intellligence teams argued with Talon Anvil’s operatives. There were even personnel within Talon Anvil who refused to participate in some strikes.

Larry Lewis, a former Pentagon and State Department advisor, said the rate of civilian casualties in Syria was 10 times that of similar operations in Afghanistan. He claimed Gen. Stephen Townsend, who commanded the offensive against ISIS in 2016 and 2017, was dismissive of widespread reports from media and human rights organizations of the killings.

Gen. Townsend, now head of US Africa Command, responded, “There’s nothing further from the truth.” He blamed civilian casualties on “the misfortunes of war” and not because “we didn’t care”.

Gen. Joseph Votel, the head of Central Command at the time, maintained, “Our ability to get out and look after a strike was extraordinarily limited — it was an imperfect system. But I believe we always took this seriously and tried to do our best.”

Defense Secretary Lloyd Austin has ordered a new high-level investigation into the US airstrike in northeast Syria in March 2019 that killed about 80 civilians, including scores of women and children.