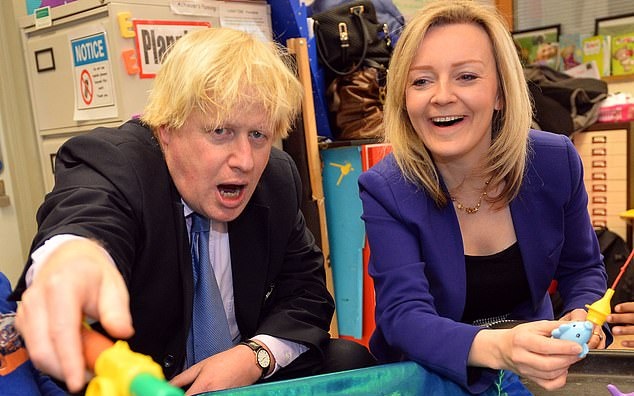 The UK’s Conservative Government — in political trouble, amid mounting economic problems, and with a negligent, inept, and law-breaking Prime Minister — steals the headlines with a threat to undo its own Brexit agreement and unilaterally abandon the Northern Ireland Protocol.

The script is so worn that it can recited in our sleep. As soon as the Conservatives’ 500-seat loss in last week’s local elections is apparent — and with Sinn Fein making history as the largest party in the Northern Ireland — Foreign Secretary Liz Truss megaphones the threat.

Northern Ireland’s Democratic Unionist Party, now in second place and slipping within the Unionist community, promises stalemate as it refuses to allow the convening of the Assembly and appointment of a First Minister. Prime Minister Boris Johnson tut-tuts and says — deceitfully — that the Protocol may have to be jettisoned to save the 1998 Good Friday Agreement.

Then an addition to the plot. For the first time, UK Attorney General Suella Braverman gives legal cover to break the Brexit agreement and the law. It is OK, she says, because the Northern Ireland Protocol is causing social unrest.

And so a Government which has caused economic and social turmoil with Get Brexit Done invokes that turmoil to say part of Brexit must be undone.

Tearing Down The House

Ever since Johnson lied during the 2019 General Election campaign that there was no Brexit customs line between Great Britain and Northern Ireland, the Government has issued its threats to implementation of the trade arrangements. In September 2020, less than four months before Brexit Day, Northern Ireland Secretary Brandon Lewis told the House of Commons that international law would have to be broken through an Internal Market Bill.

The Government quickly backed away, but amid its bureaucratic shambles over its customs procedures, it continued to get grace periods over the launch of the checks. Meanwhile, its Brexit negotiator David Frost kept up the threats and finger-wagging amid talks with the European Union’s Maroš Šefčovič. When Frost could no longer Cry Wolf, he departed in December 2021. The ever-ambitious Truss said she would take on the portfolio along with her other duties as Foreign Secretary, promising a more productive relationship with Šefčovič but achieving little.

And so five months later — unable to vanquish Partygate and unwilling to acknowledge Brexit-inflicted damage on top of a flat-lining GDP, soaring energy costs, and the highest inflation rate in a generation — the Conservatives again look to tear down the Northern Irish house, hiding inside the DUP’s Trojan Horse.

In a Thursday phone call, choreographed to get the maximum volume from the BBC as well as Tory outlets, Truss told Šefčovič that there must be “requisite flexibility” over the protocol or the UK would have “no choice but to act”.

Again the same old script, but Truss and Johnson have taken arrogance to Orwellian heights.

The founding rationale of the Northern Ireland Protocol was the need to protect stability on the Irish island by avoiding a return to a “hard border”, reinstituting the position before the Good Friday Agreement. With the customs line moved to the Irish Sea, there would be no physical checks between Northern Ireland and the Republic, and thus no physical targets for anyone seeking to undo more than Brexit.

But now Truss says, after her call with Šefčovič, that it is the Protocol which is the danger rather than the protector, insisting that her “overriding priority is to protect peace and stability in Northern Ireland”.

That follows Johnson’s erasure of history and politics on Wednesday, with his unique formulation that both the Protocol and the Good Friday Agreement cannot be retained, so the Protocol should be jettisoned because it is newer.

The Government’s presentation of the political situation in Northern Ireland is just as brazen and, arguably, insidious.

Johnson insisted that “we need to sort it out” on the Protocol because it does not have cross-community support.

In fact, backing of the Protocol has been rising across Northern Ireland since scepticism at the outset of Brexit. The even split in February 2021 — 43% for the Protocol, 44% against — was replaced by a 52%-41% majority by October. About 2/3rds of respondents consistently said specific arrangements for Northern Ireland, through the Protocol or another mechanism are necessary.

It is true that there is much more backing of the Protocol among Catholics and nationalists than Protestants and Unionists. However, ripping it up does not suddenly produce Johnson’s “cross-community support”. To the contrary, it gives power to a minority, notably a DUP whose position has eroded in recent years.

Nor is it the case that the Protocol has damaged Northern Ireland economically. To be precise, Northern Ireland has been affected by London’s break with the EU — there are increased costs in trade with Great Britain because of the customs bureaucracy, and some British companies have halted supplies across the Irish Sea — but the penalties have been mitigated and arguably outweighed by the shelter of remaining within the EU economic bloc.

A quarterly report on Wednesday from the National Institute of Economic and Social Research summarizes, “Northern Irish output…has slightly outperformed the UK average. This is partly an outcome of the Northern Irish Protocol and its special status in the Brexit arrangements, including better trade and investment conditions as part of the EU’s single market and customs union.”

It is not as if the EU has been unwilling to discuss implementation of the Protocol, reducing costs and enhancing mutual benefits. It has acceded to the series of grace periods. It has tabled suggestions to cut paperwork. It has set out plans for the reduction of checks on manufacturing goods and, in October, on food products — proposals rejected by London.

But, at the risk of saying the obvious, the Johnson Government’s priority is not the sentiment, prosperity, or even the security of the Northern Irish community. In the gathering storm of Brexit, Partygate, and the economy, the DUP port provides the best — if far from safest — political harbor.

Americans to the Rescue?

Johnson and his Ministers could be bluffing again over suspension of the Protocol.

But US leaders aren’t taking that risk.

On Tuesday, leading US House members Bill Keating, chairman of the Foreign Affairs Subcommittee on Europe, and Brendan Boyle, co-chair of the Congressional EU Caucus, wrote UK Foreign Secretary Truss that the “worst outcome of Brexit would be one that lead to violence and upheaval in Northern Ireland”.

Challenging the Johnson Government’s deceptive rhetoric, they urged Truss and the UK Government to “uphold your end of the deal and act in good faith, within the parameters of international law, to maintain peace and stability in Northern Ireland”.

Keating and Boyle specifically called out any attempt to suspend the Protocol with “domestic legislation that would unilaterally remove the need for checks on goods being sent from Britain for the use in Northern Ireland, remove jurisdiction from the European Court of Justice for matters in the region, and remove requirements for businesses in Northern Ireland to follow EU regulations”.

They conclude, “This decision would be in direct violation of international law and squarely threaten the Good Friday agreement.”

Driving home the message, a Congressional delegation with at least six legislators will soon fly to London, Dublin, Belfast, and Brussels. It will be led by Richard Neal, the chair of the House Ways and Means Committee.

In April 2019, Neal and House Speaker Nancy Pelosi led a delegation to Dublin and London with the message, “If the Brexit deal undermines the Good Friday Accord, there will be no chance of a US-UK trade agreement.” In September 2020, as the Johnson Government threatened to break international law, Pelosi bluntly restated the warning. Earlier this year, Neal said there would be “no progress” with a trade deal if there is “any jeopardy” to security in Northern Ireland and the Republic.

That firm line may have prompted London’s retreat from any substantive action over the Protocol. But it didn’t stop Johnson’s lies in 2019 and it isn’t stopping the bombast from London. David Frost, the former Brexit Minister, told a US audience that US President Joe Biden should stay out of the matter with the curious justification, “I am old enough to remember having to check under my car every morning, as a diplomat, before I went to work.”

As DUP leader Jeffrey Donaldson stepped up his own threat, resigning from the Northern Irish Assembly, Johnson insisted on Thursday, “Institutions set up under the Good Friday Agreement aren’t functioning.”

He may decide that this time he will act rather than pose, defying the Americans, Dublin, the international community, and most of Northern Ireland. For the harsh reality is that, having sought renewed power in December 2019 with Get Brexit Done, he now believes his hope of holding diminished power is to undo a central part of the agreement.

In that calculation, the Northern Irish population — and, by extension, that of the Republic — are acceptable casualties.