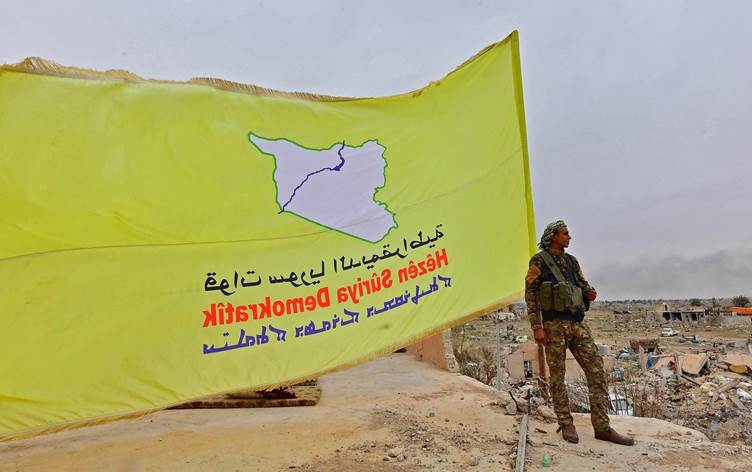 The offices included the local finance, grains, and education branches in a center of the city of Qamishli.

The Kurdish force occupied the offices on Thursday morning. They left in the evening after Russian intervention.

However, SDF officials said they are still cutting off the regime’s political security, military security, and state security branches.

“[We] will continue these security measures on the security square in Qamishli until the siege on our people in the Sheikh Maqsoud neighbourhood is lifted,” said the Kurdish Asayish police force.

The SDF also blocked wheat and fuel to a regime-controlled area in Hasakah for a sixth consecutive day, and they closed a highway leading to regime-run Qamishli airport. Syrian State news agency SANA said bakeries in Qamishli and Hasakah have been shut for eight days.

A Kurdish administration has controlled much of northeast Syria, covering the cantons of Jazira and Kobani, since the SDF removed the Islamic State between 2017 and 2019. However, the Assad regime has maintained an administrative presence.

The SDF has stepped up pressure on the regime in response to a regime siege on the mainly-Kurdish district of Sheikh Maqsoud in Aleppo city since the beginning of April.

Russian mediation failed on Tuesday to lift the siege blocking food, including wheat, to the district.