EA on talkRADIO and CNN 18: Mr Johnson’s Diversions in India 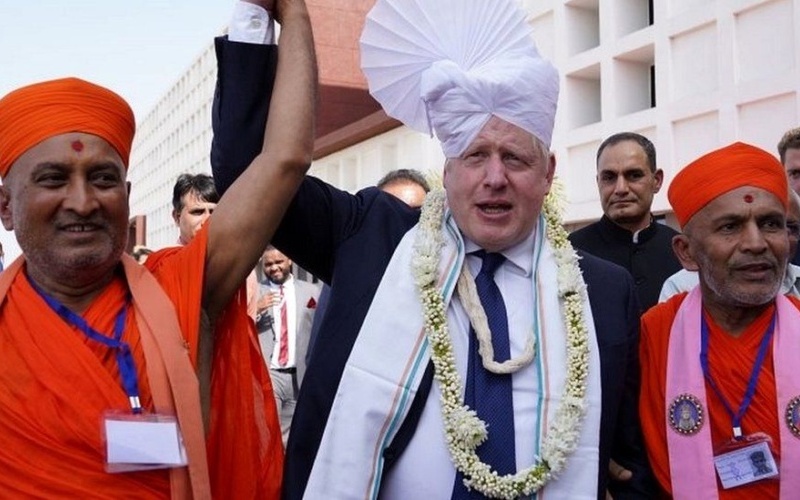 I explain Johnson’s unsuccessful attempt to change the narrative from his domestic political trouble after he was fined for breaking Coronavirus restrictions, and the never-ending myth of a major post-Brexit trade deal.

I also check Indian cheerleading that Johnson has broken with the US in his acceptance of India’s balancing act over Russia’s invasion of Ukraine.

This is another “Operation Save Big Dog”, even if it is almost “Comatose Dog” now.

The hope was to go to India and talk about this non-existent Free Trade Area that will somehow come about by October, rather than talking about Partygate — but the “world’s largest democracy” ain’t bigger than Partygate….

At the end of the day, you want a leader who is responsible, who is effective, who is seen as reliable and upstanding in an international crisis. Is Mr. Johnson upstanding, reliable, and effective when it comes to his own people and his own country?

I hate to ruin the good mood but there isn’t any serious content — at least behind Boris Johnson’s visit — for a Free Trade Area with India.