EA on BBC and RTE: Holding Back Russia in Ukraine 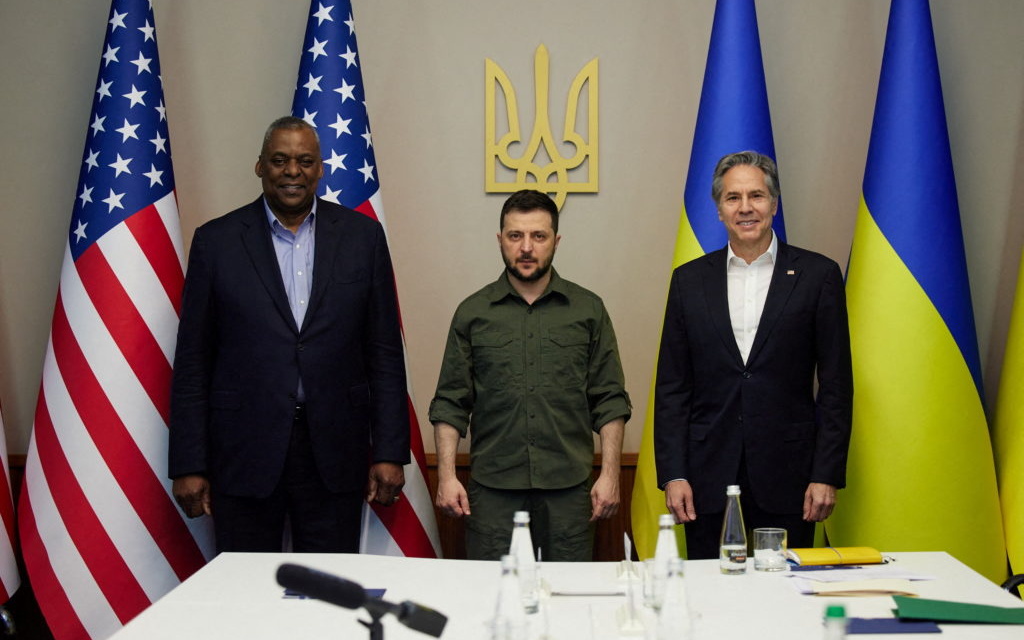 I spoke with BBC Coventry on Thursday about the latest aid to Ukraine to resist Vladimir Putin’s invasion.

I explain why we are now in a longer-term “Phase C” of the invasion — after its failure to capture Kyiv, topple the Zelenskiy Government, and surround cities in northern Ukraine — with its attacks in the east and the south.

There are effects on the world, including on food supplies and on energy supplies.

It’s best to be honest about that rather than to hide the largest war in Europe since 1945, which is due largely to one man in Moscow….

To win a military conflict comes down to economic strength. If Russia cannot occupy more territory quickly in the east and the south, who has the greater economic strength to fight this battle?

I spoke with BBC Radio Foyle on Tuesday about UN Secretary General António Guterres’ meeting with Vladimir Putin later in the day, explaining why this will not lead to substantive negotiations to end the Russian invasion of Ukraine.

Guterres will say, on behalf of the international community, “Mr. Putin, we need an immediate ceasefire, we need humanitarian aid to help Ukraine’s civilians, we need genuine negotiations to get a resolution of the issues between you and Ukraine.

I also evaluate the state of Russia’s offensive in eastern Ukraine, and Tuesday’s meeting of more than 40 countries over military assistance to Kyiv.

I joined Ireland’s RTE Radio 1 on Monday to analyze the latest in Russia’s invasion of Ukraine, including the high-level US visit to President Zelenskiy in Kyiv, the escalation of military assistance, and the resistance to Russian offensives from the east to Mariupol on the southeast coast.

Listen to Discussion from 9:01

Because Russia did not achieve a quick victory, because it did not take Kyiv and knock out President Zelenskiy, possibly kill him, that not only bought time for Ukraine — it has pushed Russia out of the north and forced them to concentrate on getting some kind of victory in the east….

The longer that Mariupol holds out, the more it adds to this symbolism of Ukrainian resistance which helps galvanize international resistance. And it ties down 12 Russian battalion tactical groups, which cannot be used in the east.