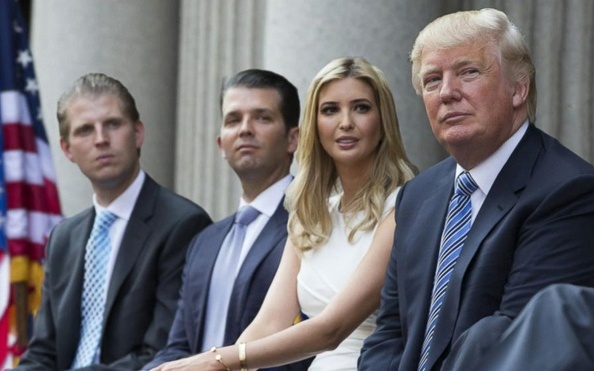 A New York State judge has ordered Donald Trump, Donald Trump Jr., and Ivanka Trump to testify in a civil case accusing Trump and the Trump Organization of fraud.

Judge Arthur Engoron commanded the Trumps to provide depositions complying with subpoenas by New York Attorney General Letitia James. He rejected the claims of Trump attorneys that James is politically biased and that the depositions could be used against Donald Trump Sr. in criminal proceedings.

After a two-hour hearing on Thursday, Engoron said that if James had not issued the subpoenas, it would have been “a dereliction of duty”. Saying the defense of Trump’s lawyers, “completely misses the mark”, he assessed James had uncovered “copious evidence of possible financial fraud”.

James said the ruling demonstrated that “no one will be permitted to stand in the way of the pursuit of justice, no matter how powerful they are”.

Trump angrily repeated his insistence that the Attorney General’s office of “doing everything within their corrupt discretion to interfere with my business relationships and with the political process”. He said Judge Engorn’s ruling was “a continuation of the greatest witch-hunt in history” with “the hatred of me by judges and the judiciary”.

Earlier this week. James released a letter in which Trump”s accountants Mazars USA broke with him, saying his financial records could not be considered reliable.

Trump Accountants: His Financial Records Are Not Reliable

The subpoenas seek testimony and documents “in connection with an investigation into the valuation of properties owned or controlled” by Trump or his company.

On Monday, lawyers for the Trumps asked a judge to quash the subpoenas, declaring that James is seeking to “circumvent the entire grand jury process”. They argued that the Attorney General is seeking testimony in the civil case to bolster the criminal investigation of the Trump Organization and its senior officials.

The Attorney General’s office responded to the motion on behalf of the Trumps:

Despite their names, they must play by the same rules as everyone else. These delay tactics will not stop us from following the facts or the law, which is why we will be asking the court to compel Donald Trump, Donald Trump Jr., and Ivanka Trump to testify with our office under oath. Our investigation will continue undeterred.

“No One is Above The Law”

Trump has been accused of inflating the values of his properties to obtain loans and reducing them to evade taxes, notably by his former lawyer and fixer Michael Cohen in testimony in a Congressional hearing in February 2019.

The Attorney General’s office confirmed the criminal investigation of the Trump Organization in May 2021, joining the inquiry of the Manhattan District Attorney’s office.

Allen Weisselberg, the Chief Financial Officer, was indicted in July on charges of grand larceny and tax fraud over avoidance of $900,000 of taxes on $1.76 million in unreported perquisites — including leased Mercedes-Benzes, bonuses, a rent-free apartment, and school tuition for two relatives — and improper receipt of $133,000 in state and local tax refunds. He faces more than 10 years in prison if convicted.

But last month Trump filed a federal lawsuit against James to block the investigation. He railed that the Attorney General was seeking to “target her political adversaries and advance her career”.

James responded to the “collateral attack” on the investigation:

To be clear, neither Mr. Trump nor the Trump Organization get to dictate if and where they will answer for their actions. Our investigation will continue undeterred because no one is above the law, not even someone with the name Trump.