Fox’s Hannity on Trump After Capitol Attack: “He Can’t Mention the Election Again. Ever.” 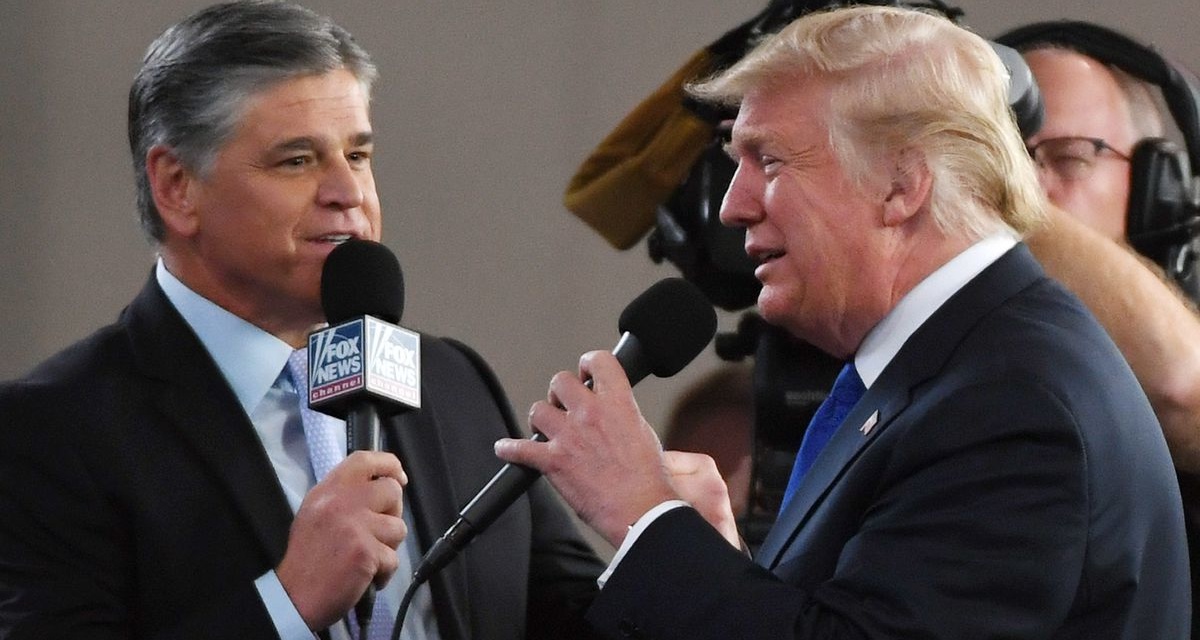 After the January 6 attack on the US Capitol, Fox TV’s Sean Hannity — a close friend and informal advisor of Donald Trump — warned Trump’s staff, “He can’t mention the election again. Ever.”

Before the attack, Hannity sent a series of messages to White House Chief of Staff Mark Meadows questioning the plan to block the Congressional certification of President-elect Joe Biden.

The evidence is in e-mails handed over by Meadows to the House select committee investigation the Capitol Attack, before he ended his cooperation with the panel. Meadows is now facing contempt of Congress charges.

Despite his private expressions of concern, Hannity continued to promote Trump’s disinformation about a “stolen election” on his Fox program.

On Tuesday, the House select committee requested Hannity’s voluntary cooperation in answering questions about the attack and his communications with the Trump team.

Hannity was just implicated in a scandal that left 5 dead, 140 officers wounded, and resulted in the impeachment of the president. This 👇 is what he's talking about on his show tonight. https://t.co/JyWNgA001n

“I’m Not Sure What Is Left to Do or Say”

On December 31, 2020, Hannity wrote to Meadows about the scheme for Vice President Mike Pence and/or Republican legislators to block the certification of Biden’s Electoral College victory, pursued in conjunction with the planning of “Stop the Steal” rallies on January 6: “We can’t lose the entire WH counsels office. I do NOT see January 6 happening the way he is being told.”

He reiterated on January 5, as Trump’s inner circle discussed a memorandum by lawyer John Eastman for Pence to throw out Biden electors from seven states, allowing Republican in the House of Representatives to keep Trump in the White House: “Pence pressure. WH counsel will leave.”

White House counsel Pat Cipollone had told a Trump meeting on January 4 that the scheme would be “political suicide”. Pence refused to go beyond his ceremonial role in convening the Congressional certification.

Hannity wrote the next day, on the eve of the Capitol Attack, “I’m worried about the next 48 hours.”

On January 10, Hannity wrote Meadows and Rep. Jim Jordan, one of six legislators who was central in the attempt to keep Trump in the White House:

He can’t mention the election again. Ever. I did not have a good call with him today. And worse, I’m not sure what is left to do or say, and I don’t like not knowing if it’s truly understood. Ideas?

Hannity lawyer Jay Sekulow, who has also worked for Trump, indicated that the TV host will not accept the committee’s request for cooperation. He said it “would raise serious constitutional issues including First Amendment concerns regarding freedom of the press”.