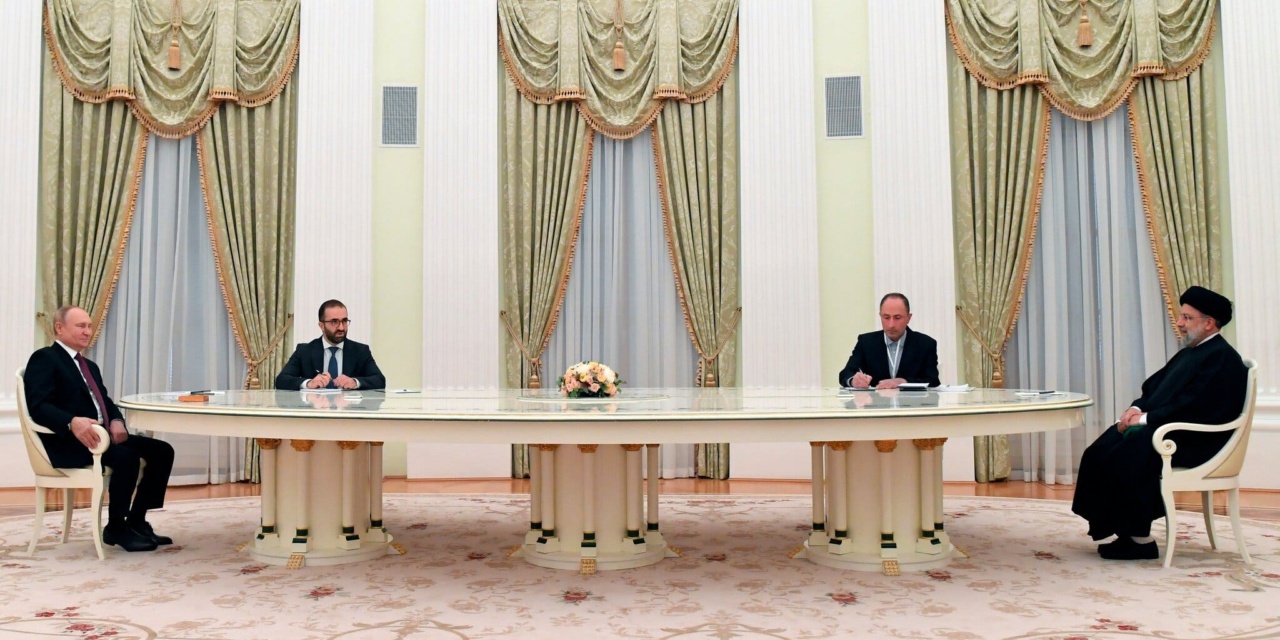 Before the cameras, Putin and Raisi posed over the proclamation by both countries of a possible 20-year agreement on cooperation.

The Iranian President said he had presented draft documents for implementation. “We in Iran have no limits for expanding ties with Russia…[that will] not be temporary, but permanent and strategic. Today’s exceptional circumstances require significant synergy between our two countries against US unilateralism.”

Putin hailed “close cooperation” on the international stage, without setting out any detail on the process and timetable to confirm the 20-year agreement.

The appearance left open the question of the Russian-Iranian relationship over the Vienna talks, which are progressing slowly over US re-entry into the 2015 nuclear deal, the lifting of American compliance, and an Iranian return to compliance with terms such as limits on uranium enrichment.

He told, “It is very important for me to know your opinion on the Joint Comprehensive Plan of Action.” Raisi responded with the public Iranian line emphasizing sanctions removal as a precondition for advance.

Interesting split screen today in opening remarks of #Russia's & #Iran's presidents. Putin pointedly asks for Raisi's views about JCPOA. But Raisi makes no specific mention of the accord, reverting to generalities about lifting & neutralizing sanctions.https://t.co/S7WdiQrE8p

With Raisi chosen in a managed election in June and inaugurated in August, Iran only returned to the discussions in November after a five-month break.

When Tehran tried to set aside progress between April and June in the talks with Russia, China, the UK, France, and Germany — and indirectly with the US — Moscow publicly prodded the Iranians to accept the position reached in the spring.

Putin did not follow up on Raisi’s statement. Instead, he cited areas of cooperation from Afghanistan to Syria — where both countries have enabled Bashar al-Assad to retain power amid the killing of hundreds of thousands of civilians and displacement of more than 11 million — and pledged to bring Iran closer to the Russian-led Eurasian Economic Union.