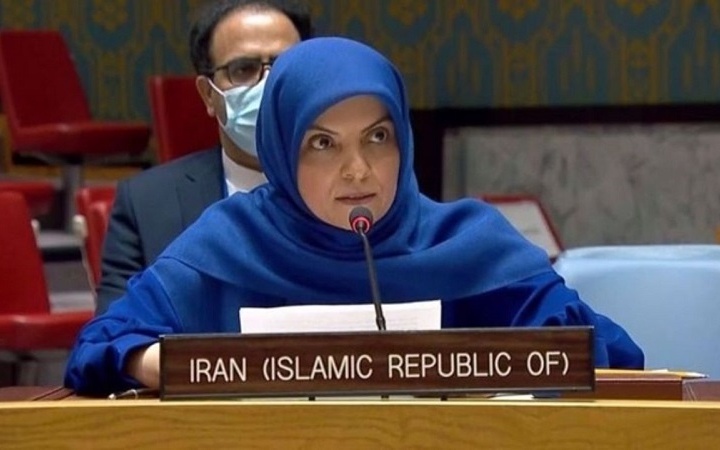 The South Korean Finance Ministry, which also assisted Tehran with unpaid dues last June, said it completed a payment of about $18 million on Friday. It indicated that the US Government had approved the transfer. , a

The Iranian Ambassador to the UN, Majid Takht-Ravanchi, announced the payment on Saturday night.

South Korea holds about $7 billion of Iranian funds, frozen under US sanctions over Tehran’s nuclear program. The issue is part of the ongoing Vienna talks on American re-entry to the 2015 nuclear deal, the lifting of sanctions, and Iran’s return to compliance with the terms of the agreement.

ORIGINAL ENTRY, JAN 13: The UN has again suspended Iran’s voting rights over its non-payment of dues of more than $18 million.

Last June, Iran’s rights were suspended after a debt of more than $16 million. Foreign Minister Mohammad Javad Zarif said the UN should get the money from the US. However, a week later Iran paid off the arrears.

Iranian Foreign Ministry spokesman Saeed Khatibzadeh insisted on Wednesday that Tehran is “committed to full and timely payment of its membership fees in the UN and other international organizations and agencies”.

He blamed US sanctions for the inability to pay “for the second year in a row”, saying that the channel for the transaction is blocked: “It would be fitting that the Secretary General of the UN and the secretariat also consider the special situation of countries that face illegal sanctions and do not spare their assistance to these countries for the payment of their share.”

Khatibzadeh did not explain how Iran could belatedly pay the UN last June but not today. A UN official indicated that the money in 2021 came mainly from an Iranian account based in the South Korean capital Seoul, after US intervention over any sanctions.

Other countries who lost their voting rights on Wednesday included Sudan, Venezuela, Antigua and Barbuda, Congo, Guinea, and Papua New Guinea. Exemptions were granted for the Comoro Islands, Sao Tome and Principe, and Somalia “due to conditions beyond the control of the member”.